An Iranian weekly previously said Iran has withdrawn $75 billion from Europe to prevent the assets from being blocked under threatened new sanctions over its atomic program. 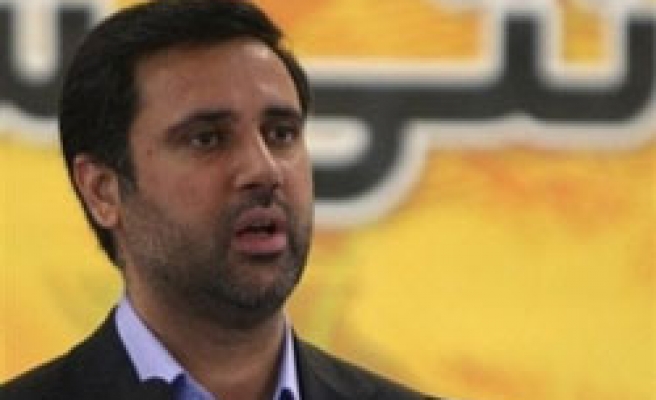 Iranian banks are not moving funds from Europe, the head of a state bank was quoted as saying, contradicting reports that Tehran was withdrawing assets in the face of tightening sanctions over its nuclear programme.

"Such an issue has not ever been put forward," Ali Divandari, managing director of Bank Mellat, was quoted as telling the semi-official Mehr News Agency on Tuesday.

His comments were also carried by newspapers on Wednesday. "Iranian banks do not have any problem with European banks and there is no reason for (transferring) Iranian banks' assets from European banks," Iran News quoted him as saying.

An Iranian weekly previously said Iran has withdrawn $75 billion from Europe to prevent the assets from being blocked under threatened new sanctions over its atomic program.

The Shahrvand-e Emrouz weekly quoted Mohsen Talai, deputy foreign minister in charge of economic affairs, as saying that a part of Iran's assets in European banks had been converted to gold and shares and another part transferred to Asian banks.

Iran's Etemad-e Melli newspaper, also quoting Talai, last week reported that the world's fourth-largest oil exporter was withdrawing assets from Europe but did not give figures.

EU diplomats have said the bloc is preparing an asset and funds freeze on Iran's biggest bank, state-owned Bank Melli, but that it first wants to see how Tehran responds to the new offer.

The United States imposed sanctions on Bank Mellat and other Iranian bodies, including part of Iran's military, in October.

Bank Mellat has dismissed as "baseless" the U.S. charges, which included accusing it of providing banking services to support Iran's nuclear activities.

Iran is making windfall gains from record global oil prices and said in April its foreign exchange reserves stood at more than $80 billion.