Aghazadeh, the head of Iran's atomic energy organisation said he was hopeful negotiations could start based on proposals made by Iran and the six powers at recent talks in Geneva. 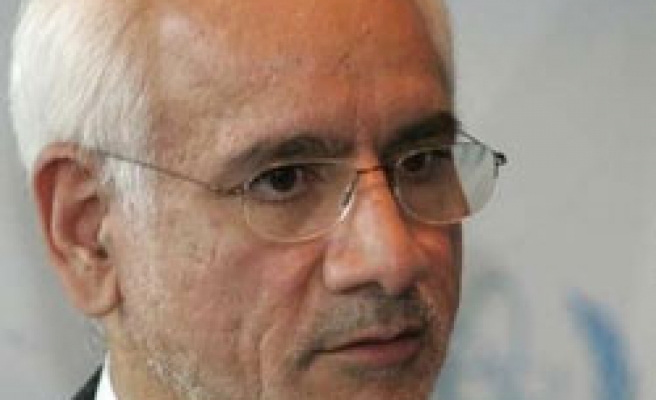 The head of Iran's atomic energy organisation said on Thursday he was hopeful negotiations could start based on proposals made by Iran and the six powers at recent talks in Geneva.

"Both sides have received the messages of the other side and are carefully studying the concerns and expectations of both sides," Gholamreza Aghazadeh, who is also Iran's vice president, said.

"I am very hopeful that the negotiations will be started in a framework of both sides being fully committed to the expectations that are already there," he added.

Aghazadeh told reporters in Vienna that talks between Iran and the six powers -- the United States, Britain, France, Russia, China and Germany -- would also help resolve a range of issues from the Middle East tensions to rising oil prices.

"If the negotiation starts many important problems would be resolved," Aghazadeh said after meeting the U.N. nuclear watchdog's head Mohamed ElBaradei at the International Atomic Energy Agency's (IAEA) Vienna headquarters.

He was speaking in Farsi and his remarks were translated into English by Iran's IAEA envoy Ali Asghar Soltanieh.

The Geneva talks ended in stalemate on Saturday with the major powers giving Iran two weeks to answer calls to rein in its nuclear programme or face tougher sanctions.

The six powers have offered Iran economic and other incentives in return for it suspending uranium enrichment.

But prospects of ending a row that has triggered regional tensions and rattled oil markets looked dim as Iran's top nuclear negotiator insisted in Geneva Tehran would not even discuss a demand to freeze uranium enrichment.

Aghazadeh did not address Iran's enrichment programme at his news conference. Enriched uranium can provide fuel for power plants but also material for bombs if refined much more.

Western powers suspect Iran's nuclear programme is aimed at building bombs. The Islamic Republic says it is a peaceful drive to generate electricity so it can export more oil and gas.