Iran open to US office, wants direct US flights

Iran maintains an interests section at the embassy of Pakistan in Washington. 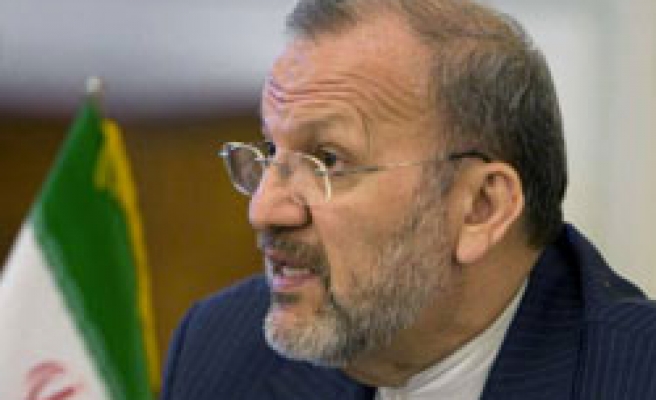 Iran said on Wednesday it was ready to consider a U.S. diplomatic presence in Tehran and called for direct flights between the two countries, nearly three decades after Washington severed ties with Iran.

Speaking to reporters during a visit to the United Nations, Iranian Foreign Minister Manouchehr Mottaki also accused Washington of putting unfair restrictions on Iranian media representatives who want to work in the United States.

"This year the Americans have brought up the idea of an Iran interests section in Iran similar to what we have in Washington D.C.," he said. "It seems to me that both proposals can be examined by the two countries."

There have been unconfirmed media reports that the U.S. State Department is considering opening a so-called interests section -- usually a handful of diplomats operating under another country's flag -- in Tehran.

U.S. officials, however, said there were no concrete plans for either direct flights or opening an interests office in Tehran similar to the one it has in Havana, Cuba.

The Havana interests section is formally part of the Swiss embassy. In reality it is fully independent.

Switzerland also represents U.S. interests in Iran though there are no U.S. diplomats based there.

Iran maintains an interests section at the embassy of Pakistan in Washington. Mottaki said it serves the large Iranian community in the United States.

Mottaki's comments come after recent leaks of reports about the possibility that Israel might attack Iran's nuclear program.

He also told reporters of a "new atmosphere" in relations with the United States and five other world powers that have offered Iran negotiations on a package of incentives.

The United States has been willing to talk with Iran about Iraq and a few other issues but has made it clear that this does not mean a renewal of official ties.

"The American media, its representatives were issued about 120 visas last year to visit Iran," Mottaki said.

"But unfortunately this was not reciprocated and our members of the press and media were not able to travel to the United States in equal numbers to cover the news and developments here" in the United States.

Mottaki added that some Iranian reporters "face serious restrictions in terms of their ability to work and their ability to stay here." He expressed the hope that this would soon be resolved in favor of the Iranian journalists.

Richard Grenell, spokesman for the U.S. mission to the United Nations, suggested that it was "not correct to equate U.S. and Iranian reporters".

"There's a difference between granting visas for "independent media" and reporters who work for state-run media," he said.