French President Nicolas Sarkozy said Friday that Europe's security was "at stake" because countries like Iran were increasing the range of their missiles. 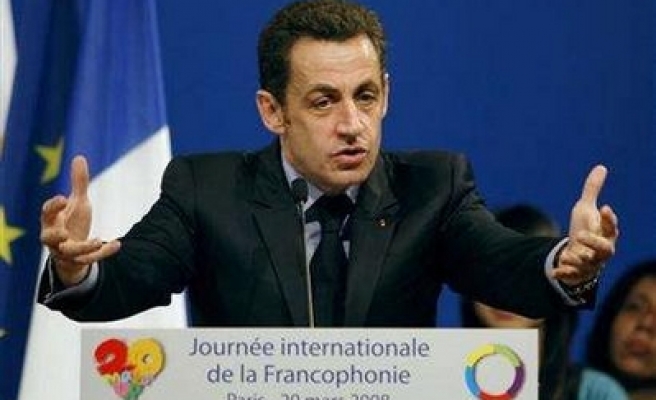 "Everyone should be aware today that nuclear missiles of countries, even if they are far away, can reach Europe in less than half an hour," he said in a defence policy speech as he inaugurated a new nuclear submarine named The Terrible.

"Today, only the major powers have such means. But countries in Asia and the Middle East are rapidly developing ballistic capacities," he said.

"I am thinking in particular of Iran" which is "increasing the range of its missiles while serious suspicions weigh on its nuclear programme."

He said that "it is of course the security of Europe that is at stake."

France has toughened its line on Iran since Sarkozy's election last May, and is now much closer to that of the United States.

I seriosly believe that this "determinant subject" complex of fome Western Europeans make them terribly blind? Please looka nd see who is insecure due to France's et al weapons? Especially Middle East and than South East Asia and North Africa. Such people never managed to think (in spite of their slogans) that a blond and brunette are equal...This is a clear example how arrogance makes one blind