Iran opposed wording in the meeting's agenda that mentions the "need for full compliance with the treaty." 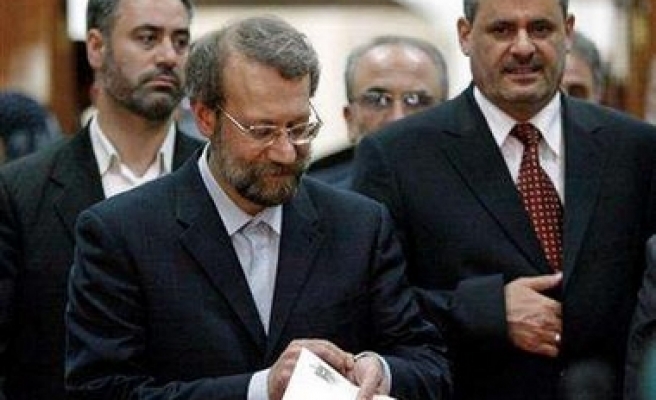 Iran objected Monday to language in a document reaffirming the need for full compliance with the Nuclear Nonproliferation Treaty, a move that diplomats said could torpedo a conference aimed at strengthening the accord.

The conference which began Monday and lasts for two weeks is the first of three sessions to prepare for a full review of the treaty in 2010 and to come up with specific ideas on how to reinforce the pact.

Iran opposed wording in the meeting's agenda that mentions the "need for full compliance with the treaty." The agenda must be adopted by consensus before delegates can move on to more substantive matters. If Iran digs in its heels, it could force the meeting to adjourn to a later date.

The treaty, reviewed every five years, calls on nations to pledge not to pursue nuclear weapons, in exchange for a commitment by five nuclear powers — the U.S., Russia, Britain, France and China — to move toward nuclear disarmament. India and Pakistan, which are known nuclear weapons states, remain outside the treaty as does
Israel, which is considered to have such arms, though it has not acknowledged it.

An Iranian diplomat said his delegation did not see the need for that particular wording on compliance, adding it would prefer to see "different language." Another diplomat familiar with the issue said Iran was worried about being bullied and "considered it an additional provocation."

Both spoke to The Associated Press on condition of anonymity because they were not authorized to discuss the issue with the media
Last Mod: 01 Mayıs 2007, 12:51
Add Comment