In an Aug. 1 letter to the U.N. Security Council, the United States, Britain and France warned of "Iran's continued attempts to conduct prohibited proliferation-related activity and terrorist financing." 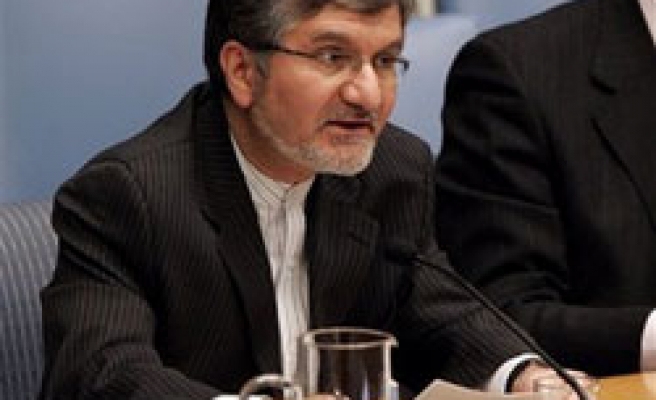 Iran rejected on Friday Western allegations that its central bank and other financial institutions were trying to skirt U.N. sanctions by covering their tracks, and threatened to seek compensation.

In an Aug. 1 letter to the U.N. Security Council, the United States, Britain and France warned of "Iran's continued attempts to conduct prohibited proliferation-related activity and terrorist financing."

"The attempt of the three countries to seek the restriction of the activities of the Iranian banks is intended not only to exert undue pressure on the Iranian government, but also to disrupt the banking and financial affairs of millions of deposit holders and customers of those banks."

Tehran reserved the right to seeks compensation for any damages to the banks and their customers, Danesh-Yazdi said.

Among the Iranian companies that have been placed on the U.N. sanctions lists is Bank Sepah for allegedly financing Tehran's nuclear and missile programs.

The U.S.-British-French letter said Iran's central bank appeared to be playing a key role in efforts to bypass sanctions by facilitating transactions for sanctioned banks.

It listed the names of nearly 60 Iranian banks and bank subsidiaries in Europe, the Middle East and Asia that world financial institutions needed to be on the lookout for.

Iran's response also dismissed Western allegations that its banks financed terrorism. It called it "a sad irony that France, UK and the United States with their disturbing long record of sheltering, financing and supporting terrorist groups ... are raising such baseless allegations against others."