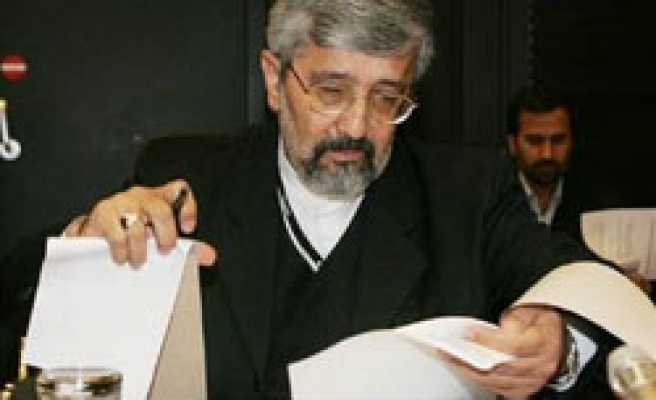 Iran is pressing on with nuclear enrichment "non-stop," its envoy to the U.N. nuclear agency was quoted as saying on Saturday, despite a world powers' offer of economic incentives if it halts such work.

Diplomats said on Friday six major powers had offered Tehran preliminary talks on its nuclear work, on condition it limits uranium enrichment to current levels for six weeks in exchange for a freeze on moves towards harsher sanctions.

They said European Union foreign policy chief Javier Solana conveyed the proposal during talks in Tehran on June 14 in which he presented a revised batch of incentives for Iran to stop pursuing technology that could yield atomic bombs.

Iran has repeatedly rejected the sextet's precondition of a full suspension of enrichment-related activity before negotiations to implement the incentives, which include help in developing a civilian nuclear programme.

Iran says it will review the offer by the United States, Russia, China, Britain, France and Germany but that it will not stop work it says is aimed at generating electricity.

He said Iran's enrichment activities were under constant surveillance by IAEA cameras and that inspections by the Vienna-based agency took place continuously.

"The issue of requesting a stop to uranium enrichment is an old issue without technical and legal basis," Soltanieh said, adding Iran wanted to continue cooperation with the agency.

Under the "freeze-for-freeze" proposal, Iran would not expand enrichment capacity by adding centrifuge machines for a six-week period, during which the powers would stop moves to sharpen the mild sanctions already in force, the diplomats said.

The interim period would enable "pre-negotiations" to agree parameters for formal negotiations to put the incentives into effect, once Iran has fully suspended enrichment, they said.

As a signatory to the nuclear Non-Proliferation Treaty, Iran insists it has the right to master the complete nuclear fuel cycle, including uranium enrichment, for peaceful purposes.

Western leaders suspect Iran has a covert agenda to refine uranium to the high level suitable for bombs, since it hid its programme from the U.N. nuclear watchdog in the past and continues to restrict its scope for inspections.