Tehran has so far refused to suspend its sensitive nuclear work and has warned major powers pressuring Iran could backfire. 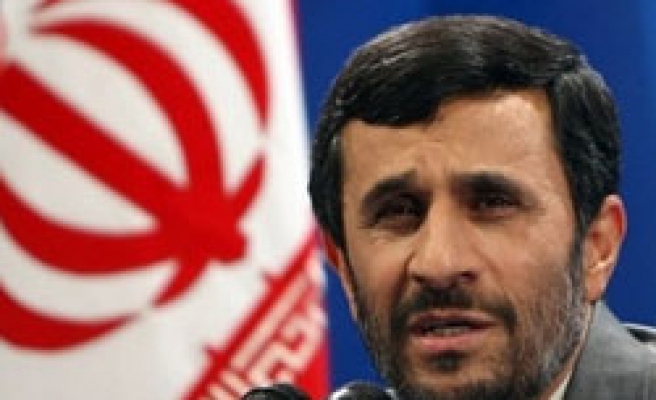 "On the nuclear issue ... the enemies were not able to stop our nation and will never succeed in stopping our program," Ahmadinejad said in a speech in the western city of Kermanshah.

Iranian officials usually refer to the United States and its European allies as enemies. The proposals submitted by Solana two weeks ago were prepared by the United States, Russia, China, Britain, Germany and France.

Tehran said on Tuesday that new punitive measures imposed on it this week by the 27-nation European Union over its nuclear plans could damage diplomatic efforts to resolve the dispute.

Solana said on Wednesday western powers will continue a twin-track policy of sanctions and diplomacy towards Iran over its nuclear program.

Tehran has so far refused to suspend its sensitive nuclear work and has warned major powers pressuring Iran could backfire.

"Even if they succeed to close all doors on Iran, the Iranian nation will become more determined to continue its nuclear path," Ahmadinejad said.

The stand-off has sparked fears of a military confrontation that would disrupt oil supplies from the Gulf. Last week a report said Israel had practiced for a possible strike against Iran's nuclear facilities.

"These bullying powers ... should know that threats and pressure will not save them from us," Ahmadinejad said.