"Regarding the main route for exiting energy, Iran will definitely act to impose control on the Persian Gulf ," Jafari said. 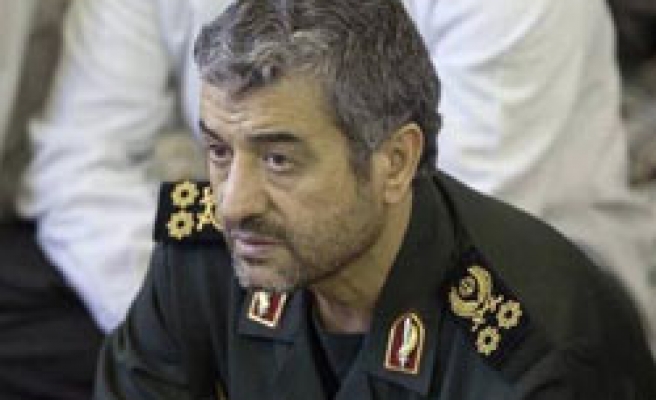 The Revolutionary Guards said Iran would impose controls on shipping in the vital Gulf oil route if Iran was attacked and warned regional states of reprisals if they took part, a newspaper reported on Saturday.

Fear of an escalation in the standoff between the West and Iran, the world's fourth largest oil producer, have been one factor propping up sky-high oil prices. Crude hit a record level on international markets near $143 a barrel on Friday.

Speculation about a possible attack on Iran because of its disputed nuclear ambitions has risen since a report this month said Israel had practised such a strike, prompting increasingly tough talk of retaliation, if pushed, from Tehran.

"Naturally every country under attack by an enemy uses all its capacity and opportunities to confront the enemy," Guards commander-in-chief Mohammad Ali Jafari told Jam-e Jam newspaper in some of the toughest language Iran has used so far.

Analysts say Iran may not match the firepower of U.S. forces but could still cause havoc in the region using unconventional tactics, such as deploying small craft to attack ships, or using allies in the area to strike at U.S. or Israeli interests.

"Regarding the main route for exiting energy, Iran will definitely act to impose control on the Persian Gulf and Strait of Hormuz," Jafari said of the Gulf waterway through which about two-fifths of all globally traded oil passes.

Iranian officials have in the past sent mixed signals about whether Iran would use oil as a weapon. But such threats, when made, have sent jitters through the crude market for fear of disrupting supplies from big OPEC producers in the Gulf.

The Islamic Republic insists its nuclear programme is peaceful and aimed at generating electricity. But the West and Israel fear Iran is seeking to build atomic bombs. Israel is believed to be the only Middle East state with nuclear arms.

Washington has said it wants diplomacy to end the nuclear row but has not ruled out military action should that fail.

"If there is a confrontation between us and the enemy from outside the region, definitely the scope (of the confrontation) will reach the oil issue," Jafari said.

The Revolutionary Guards are the ideologically driven wing of Iran's military with air, sea and land capabilities, and a separate command structure to regular units.

"After this action (of Iran imposing controls on the Gulf waterway), the oil price will rise very considerably and this is among the factors deterring the enemies," Jafari said.

He said any military action might "be able to delay Iran's nuclear activities but this delay will certainly be very short".

Jafari warned neighbours not to let their territory be used.

"If the attack takes place from the soil of another country ... the country attacked has the right to respond to the enemy's military action from where the operation started," he said.

Kuwait, the launchpad for the U.S.-led invasion of Iraq, and Iraq itself, where U.S. troops are now stationed, have both said they would not let their land be used for a strike on Iran. The U.S. military has bases in other Gulf states and Afghanistan.

Jafari said U.S. forces were "more vulnerable than Israelis" because of their troops in the area. Iran's top authority, Supreme Leader Ayatollah Ali Khamenei, has in the past said Iran would target U.S. interests if attacked.

"Iran can in different ways harm American interests even far away," the Guards commander said.

Jafari suggested Iran's allies in the region, who include Lebanon's Shi'ite militia Hezbollah, could also retaliate. He referred to Iran's ties with those living in Lebanon's Shi'ite heartland of south Lebanon but did not refer to any group.

"Israelis know if they take military action against Iran ... the abilities of the Islamic and Shi'ite world, especially in the region, will deliver fatal blows," Jafari said, adding that Israel was in range of Iranian missiles.

He also hinted that Hamas, the Palestinian Islamist group that receives Iranian funding and which has sent suicide bombers into Israel, might act. But, again, he did not name the group.