Diplomats said NAM statement would omit a call for sanctions to be lifted swiftly, as proposed by Iran, but would include a statement opposing any attack on Iran's peaceful nuclear sites. 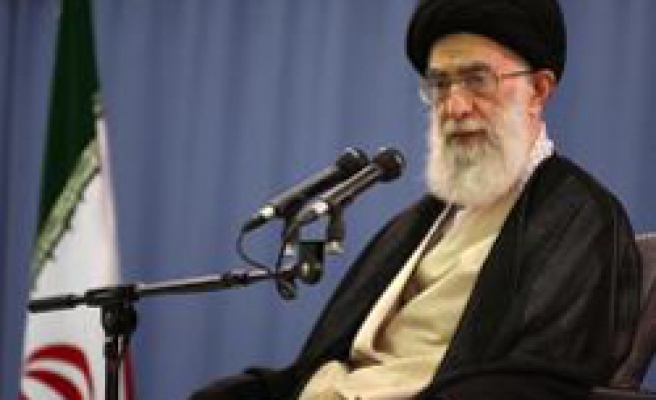 Western powers gave Iran two week from July 19 to respond to their offer to hold off on imposing more U.N. sanctions on Iran if Tehran would freeze any expansion of its nuclear work.

That would suggest a deadline of Saturday, although Russia, one of the six powers facing Iran, has opposed a deadline while also telling Iran not to drag its feet.

"They (the West) know that the Iranian nation is after using nuclear energy to provide electricity but they say because this work gives you capability, we will not allow it," Supreme Leader Ayatollah Ali Khamenei was quoted by state radio as saying.

"The Iranian nation by depending on its useful experience and advantages of 30 years of resistance does not pay any attention to such talk and will continue with its path," Khamenei, who has the final say in state policy, was quoted as saying.

"One should not spoil negotiations by raising unreasonable conditions, since Iranians are not ready to deviate from their rights by one iota," President Mahmoud Ahmadinejad said late on Tuesday, Iran's Fars News Agency reported.

The president made his remark to South African Foreign Minister Nkosazana Dlamini-Zuma, who has joined other ministers from the Non-Aligned Movement (NAM) meeting in Tehran.

NAM, a group of 118 developing nations, is expected to issue a final statement broadly backing Iran's right to use peaceful nuclear energy.

One NAM diplomat said Iran wanted "clear support from NAM, unconditionally" but said there had been several amendments to the Iranian draft "to make it more moderate". He said Iran should by "more flexible" on the issue of building confidence.

The statement is expected to broadly follow NAM's previous line backing the peaceful use of nuclear energy and welcoming Iran's continuing cooperation with the U.N. watchdog, the International Atomic Energy Agency.

Diplomats said it would omit a call for sanctions to be lifted swiftly, as proposed by Iran, but would include a statement opposing any attack on Iran's peaceful nuclear sites.