During a visit to Bolivia last year, Iranian President Mahmoud Ahmadinejad pledged at least $1 billion in assistance to the South American nation. 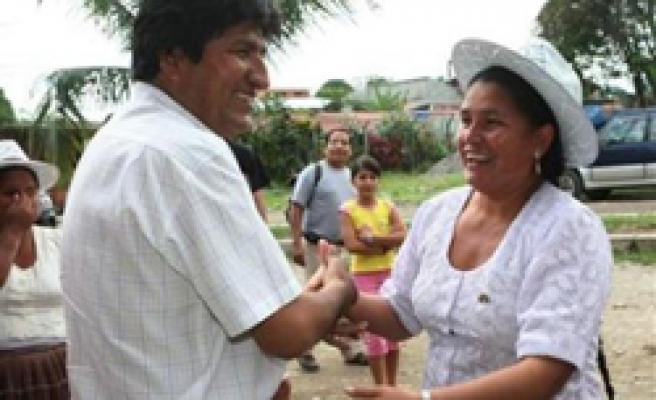 Bolivia's leftist government announced plans on Saturday to establish a state cement company, with Iran and Venezuela pledging to help fund the construction of its first two factories set to cost $230 million.

Bolivian President Evo Morales has formed close ties with his Venezuelan counterpart Hugo Chavez since he took office in early 2006 and has signed various cooperation deals with Iran.

Morales has steadily increased state control over the economy of his impoverished country, nationalizing the key natural gas industry and the country's leading telecommunications company, Entel.

During a visit to Bolivia last year, Iranian President Mahmoud Ahmadinejad pledged at least $1 billion in assistance to the South American nation.

The two cement factories to be built in the Andean highlands would produce 700,000 tonnes per year, about 40 percent of the country's current needs. Bolivia's cement industry is currently dominated by Samuel Doria Medina, a prominent center-right politician.

"Some mayors have told me they haven't been able to finish building projects because of a lack of cement (and) that prices have risen," Morales said at an event to launch the cement company.

It has not yet been decided how much each of the three countries will invest in the construction of the factories.