Iran's diverse opposition groups are in the French capital Paris over the weekend in an attempt to join forces and form an umbrella group against the government of president Mahmoud Ahmadinejad. 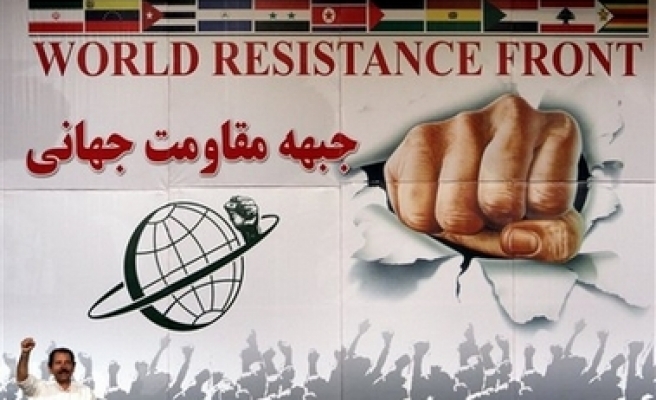 Iran's diverse opposition groups are in the French capital Paris over the weekend in an attempt to join forces and form an umbrella group against the government of president Mahmoud Ahmadinejad.

The roughly 300 delegates taking part in the conference - including ten from Iran - represent all the different strands of the Iranian diaspora - former Marxists, monarchists who left the country after the 1979 Islamic revolution, nationalists, students, women's rights activists, as well as representatives of Iran's religious and ethnic minorities.

Opening the conference Friday, Shahu Hosseini, the leader of the Democratic Party of Iranian Kurdistan (PDKI), stressed the need to preserve Iran's multi-ethnic society saying that "only by guaranteeing the rights of ethnic groups will the difficult construction of a democracy be possible."

"The only guarantee to safeguard Iran's territorial integrity is to create the conditions for a voluntary unity among ethnic groups in the country," he added.

The closed-doors gathering, which is expected to conclude on Sunday, is being closely followed by EU countries and the US as well as the host country France, which is unofficially represented by a senior presidential official.

The conference is being attended by representatives of Iran's significant minorities - including the largest Azeri 24 percent, Gilaki and Mazandarani 8 percent, Kurd 7 percent, Arab 3 percent, Lur, Baloch and Turkmen 2 percent - who accuse the Persian majority (51 percent) of significant discrimination.

Also expected in Paris - where security measures have been boosted to safeguard participants, especially those coming from Iran - will be reformists in the government of former president Mohammad Khatami, Mohsen Sazgara, one of the founders of Iran's revolutionary guard, the Pasdaran, as well as leaders of the students' movement and women's rights activists who have organised a number of rallies in the past few weeks to protest against the government.