Iranian and Russian presidents, in a telephone conversation on Friday evening, called for further expansion of Tehran-Moscow ties. 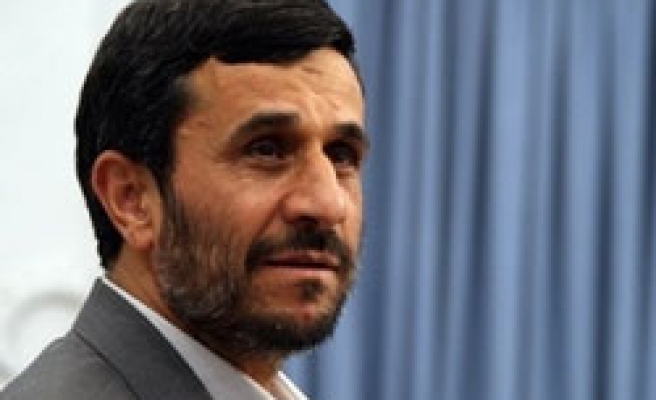 Iranian and Russian presidents, in a telephone conversation on Friday evening, called for further expansion of Tehran-Moscow ties.

It said Dmitry Medvedev had discussed the issue with his Iranian counterpart Mahmoud Ahmadinejad on the phone. Medvedev, the statement said, had "urged Iran to fully cooperate with the IAEA to clarify all the remaining issues concerning the Iranian nuclear program."

Iran is currently under three sets of relatively mild UN Security Council sanctions for defying demands to halt uranium enrichment, which it says it needs purely for electricity generation. It has denied accusations that it is trying to develop a nuclear weapon.

The statement said that Medvedev had once more expressed Russia's view that the dispute over the Islamic Republic's controversial uranium enrichment program should be resolved through diplomacy.

They expressed the hope that the Saturday meeting of EU Foreign Policy Chief Javier Solana and Iran's top nuclear negotiator Saeed Jalili on the country's peaceful nuclear program would be fruitful.

Underlining the need for further cooperation between Tehran and the International Atomic Energy Agency, President Medvedev called for removing all the ambiguities and settlement of the remaining issues.