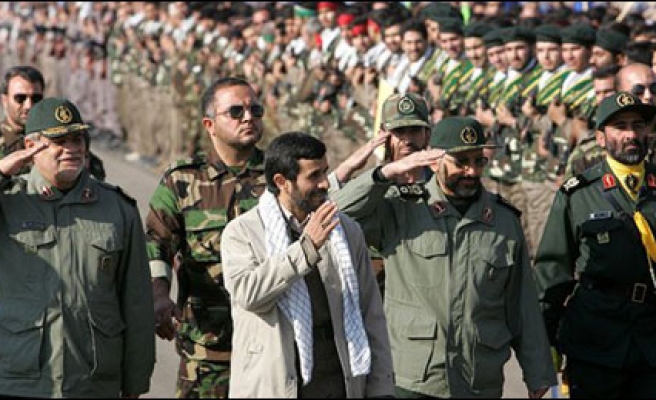 "Last year, I announced readiness for a televised debate over global issues with his excellency Mr. Bush. And now we announce that I am ready to negotiate with him about bilateral issues as well as regional and international issues," Mahmoud Ahmadinejad was quoted as saying on the Web site of Al-Alam, Iran's state-run Arabic satellite television channel.

The Iranian leader did not elaborate on what specifically he was willing to discuss with the U.S. president, but he said the talks "should be held with media present."

It was not immediately clear if Iran's supreme leader, Ayatollah Ali Khamenei, who has the final say in all state matters, supported Ahmadinejad's proposal.

Khamenei has regularly rejected any direct talks between Tehran and Washington because of what he calls U.S. "bullying" of Iran. The two countries have not had diplomatic relations since the 1979 storming of the U.S. Embassy in Tehran.

The Bush administration said Iran must abandon any nuclear weapon ambitions before talks could ever be held.

"Instead of offering televised debates or a media spectacle, the United States has offered actual discussions if Iran would only agree to what the international community has asked for repeatedly: stop uranium enrichment and reprocessing," Gordon Johndroe, a spokesman for the National Security Council at the White House, said Monday. "We're ready whenever they are."

Ahmadinejad's offer was not his first overture to Bush. Last year, Iran's president proposed holding a televised debate with the American leader, but the White House called the offer "a diversion from the legitimate concerns" about Iran's nuclear program.

He also wrote a letter to Bush last year that Washington dismissed as irrelevant because it did not address suspicions that Iran is trying to develop atomic weapons. Tehran denies doing that, saying the program is for the peaceful use of nuclear reactors to generate electricity.

The United States and others also have accused Tehran of helping Shiite Muslims militias blamed for much of Iraq's sectarian bloodshed - a charge Iran denies.

Ahmadinejad told Al-Alam that he thought the U.S. was "unlikely" to use military force against Iran because of the dispute over the nuclear program. U.S. officials have said Washington has no plans to attack Iran.

"It is unlikely that such a will exists in the United States. I think there are enough wise people in the U.S. administration to prevent such a decision," Al-Alam quoted Ahmadinejad as saying.

The Iranian leader said military means are the wrong approach to solving disputes. "If some think that by resorting to threats they (can) change the world in favor of themselves, they are wrong," he was quoted as saying.

Earlier Monday, Ahmadinejad defended what he said are Iran's peaceful nuclear intentions and called on the European Union to speak for itself during nuclear negotiations.

"If the EU wants to have a role internationally, it needs to act independently," he Spain's state television TVE. "If it wants to translate the words of the United States, for that we already have the United States.

Iran and the EU were to resume talks in Turkey on Wednesday over the Islamic Republic's nuclear program. Javier Solana, the EU's foreign policy chief, said he would meet with Iran's top negotiator, Ali Larijani, to see if Tehran can be persuaded to halt uranium enrichment in exchange for negotiations about economic incentives.

The U.N. Security Council has imposed sanctions on Tehran over its refusal to freeze enrichment.

According to a document by the U.N. nuclear watchdog, the International Atomic Energy Agency, Iran has started feeding small amounts of uranium gas into centrifuges that can enrich it to weapons-grade level and is already running more than 1,300 of the machines.

The enrichment process can produce fuel for nuclear reactors or - if taken to a higher degree - the material for atomic bombs.