Iran's oil sector will not be beaten by U.S.

Iran has endured U.S. sanctions for decades and its strategic oil industry will not be beaten by them now -- however much they hurt, a top Iranian oil official said on Sunday. 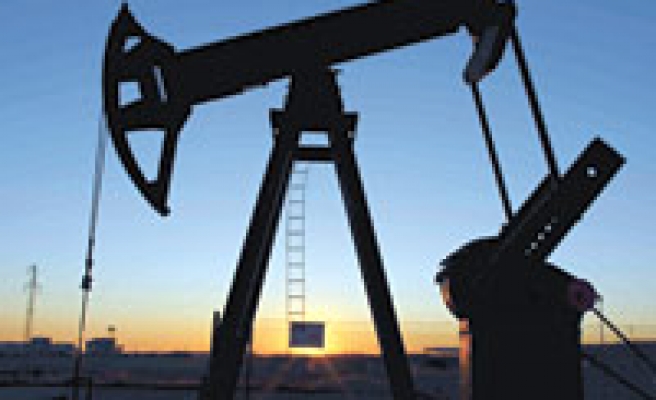 The pain is not just Iran's as oil at a record of $117 a barrel has focused attention on the need to extract as much from the ground as possible.

"It will cost us. There is no doubt our projects will be affected," Akbar Torkan, head of planning affairs at the National Iranian Oil Company, told Reuters.

"But it will not stop our projects for development and our production continues to the market."

Starting last year, the U.S. Treasury Department has banned Americans from doing business with a number of Iranian state banks and other firms because of their alleged involvement in financing nuclear and missile technologies.

During the 1980-88 Iran-Iraq war, he was head of Iran's Defence Industries Organization, when all its defence equipment required American spare parts that theoretically were blocked by a U.S-led arms embargo.

But its U.S.-made F-14s have carried on flying as Iran overcame the immense difficulty of maintaining its fleet.

"We managed to be able to maintain our capabilities.... Even after 30 years of sanctions, all our F-14 aircraft are flying and operational. This is the result of the sanctions that they have done."

The financial sanctions place Iran's oil industry under the same kind of pressure.

"It will create some costs for us," said Torkan, but he said the oil industry was "stronger than during war-time" and well placed to overcome obstacles.

Asked how, he said he could not tell that to an international newswire.

"This is news for every newspaper... They will try again to close the ways that we are working," he said on the sidelines of talks between energy producers and consumers in a plush hotel near the Vatican.

The second biggest oil exporter in the Organization of the Petroleum Exporting Countries, Iran is shipping at a steady rate of around 2.4 million barrels per day to international markets.

It has been receiving payment from clients almost everywhere except the United States, which has banned imports of Iranian crude since 1995, even though buyers of crude in theory have to rely on major international banks to guarantee their credit.

"Inter-banking activities are a problem and we are trying to solve it," said Torkan.

All the major international banks have officially stopped doing business with the Islamic Republic, although Torkan said there were ways to circumvent the strictures.

"They that are professional enough .... some of the big banks ... not formally and directly, but they have some other commercial solutions that can work -- with more cost -- but they can work."

At stake are billions of dollars in commission for banks, as well as the development of the world's second biggest reserves of oil and gas.

Although U.S. companies are staying away, other international oil firms are working in Iran and are in talks on future projects.

International oil executives were pressing for an audience with the large Iranian delegation at the International Energy Forum taking place in Rome until Tuesday.

"They have told us 'we are under pressure,' but they have not left," said Torkan.