Iran's elite Revolutionary Guards began military manoeuvres on Monday, news agencies said, the same day the US Navy said it was carrying out an exercise in the Gulf. 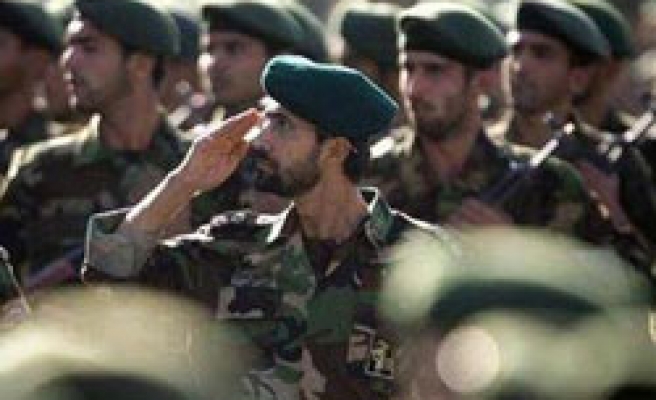 The war games were conducted by missile units of the Guards' naval and air forces, the Fars and Mehr news agencies said. They said the exercises, which began a few hours ago, were aimed at improving combat readiness and capability.

The reports did not give details of where the exercise was taking place. The Guards often conduct manoeuvres in the Gulf.

Speculation about a Israel possible attack on Iran because of its nuclear programme has risen since the New York Times newspaper reported last month that Israel's armed forces had practised such a strike.

Fear of an escalation in the standoff between the West and Iran, the world's fourth largest oil producer, has helped propel oil prices over $140 a barrel.

The head of the Revolutionary Guards said in remarks published in late June that Teheran would impose controls on shipping in the Gulf and the strategic Strait of Hormuz if it was attacked.

The US Navy last week vowed Iran would not be allowed to block the Gulf waterway, which carries crude from the world's largest oil exporting region.

The US Navy said on Monday that two US vessels were taking part in its exercise alongside a British warship and one from Bahrain, a Gulf Arab ally which hosts the Fifth Fleet.

'The aim of Exercise Stake Net is to practice the tactics and procedures of protecting maritime infrastructure such as gas and oil installations,' Commodore Peter Hudson said in a US Fifth Fleet statement.

The Guards were reported by state media to have held two days of war games in the Gulf and Sea of Oman in February 2007.