When coming back from Iraq, army interrogator Tony Lagouranis initially thought that he would easily close down that chapter of his life. The task has since proved unachievable. 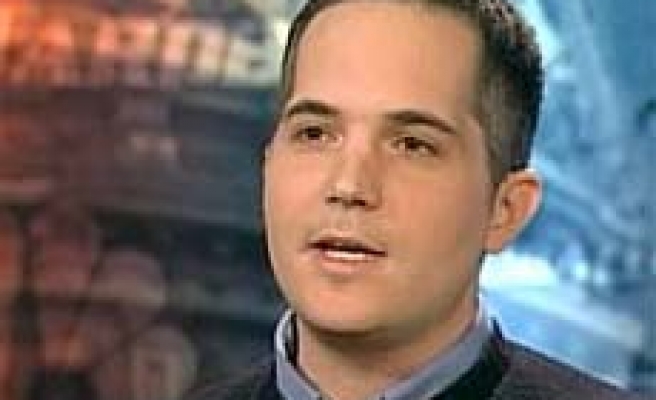 When coming back from Iraq, army interrogator Tony Lagouranis initially thought that he would easily close down that chapter of his life. The task has since proved unachievable.

"I had a personal crisis because I felt I had done immoral things and I didn't see a way to cope with that," Lagouranis told The Sunday Telegraph in an interview published on Sunday, June 10.

The 37-year-old suffered nightmares and prolonged anxiety bouts on his return to his native Chicago.

"I saw a psychologist. I had a lot to work through," he said, adding that therapy helped prevent him becoming "a totally broken human being."

Lagouranis, who was an army interrogator from 2001 to 2005 with the rank of specialist, is haunted by images of Iraqis, largely innocents, he had abused.

Serving in Iraq from January 2004 to January 2005, he admits to having forced men and boys into agonizing stress positions, kept suspects awake for months on end, used dogs to terrify detainees and subjected others to hypothermia.

He was first stationed at the notorious Abu Ghraib prison and later joined a special intelligence gathering task force that moved among detention facilities around the war-torn country.

Abu Ghraib will forever be remembered for the sexual abuse scandal that broke out in 2004 with photos showing detainees piled up naked on the floor, chained to beds in stress positions and forced to stand naked in front of US female guards.

Terrifying prisoners with dogs was one of the techniques used by Lagouranis.

"We heard about interrogators in Northern Ireland who were successful. Some of our interrogators went on the British interrogation course, which was tough," he said.

"Some commanders tacitly allowed harsher things like beating detainees and breaking their bones," he said.

In 2003, lawyers for the US Justice Department and a Pentagon working group on detainee interrogations made the case for a narrow definition of torture that excludes procedures such as blindfolding and hooding, forced nudity, isolation and other psychological manipulations.

"These - crossed a legal line because they violated the Geneva Convention," said Lagouranis.

Lagouranis, who read in Iraq a Holocaust memoir to pick up torture tips from the Nazis, insists that the harsh interrogation techniques have proved useless.

"These techniques were developed by the Soviet Union during the Cold War because they are successful in breaking a person's will and spirit. That doesn't mean they work in terms of extracting intelligence," he said.

"I didn't get actionable intelligence using the harsher methods, I got it using manipulation and lying and by promising them things I didn't deliver on," added the former interrogator.

Lagouranis insists that the interrogation system in Iraq is led by a bunch of inexperienced officers, who copy what they saw in Hollywood and on television program such as 24, whose lead character Jack Bauer regularly uses torture.

"Interrogators are trained by people who have no experience of interrogation. It's the stupidest thing in the world."

Lagouranis has written a book, Fear Up Harsh [a term for intimidating a detainee by shouting at him], about his experience in Iraq as a former interrogator.

"My actions, combined with the actions of the arresting infantry who left bruises on their prisoners, and the actions of the officers who wanted to get promotions, repeated in microcosm all over this country, had a cumulative effect," he writes.

"I could blame (US President George W.) Bush and Rumsfeld, but I would always have to also blame myself."