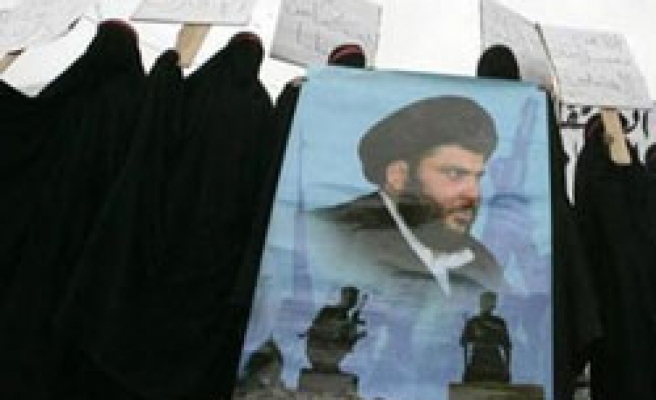 Iraq's cabinet wants to ban parties from using pictures of figures who are not running for office at campaign rallies for local elections, the government's spokesman said on Thursday.

Campaigning in places of worship would also be prohibited, a statement from government spokesman Ali al-Dabbagh said.

Pictures of religious leaders are almost always displayed at Shi'ite political gatherings and during election campaigns.

Analysts said, in past elections, some Shi'ite factions gained more support from voters by displaying posters of Sistani along posters of their candidates, implying they have his blessing.

Sistani has been always keen on distancing himself from the daily Shi'ite politics and only gets involved on major crisis, the sources said.

The movement of the anti-American cleric Moqtada al-Sadr will also be harmed by the ban because Sadr himself will not run as a candidate.

The polls are scheduled for Oct. 1 but are likely to be delayed because of hitches in getting a draft provincial electoral law passed in parliament.

Dabbagh's statement contained a list of amendments, which will be submitted to parliament.