The UN Assistance Mission for Iraq on Wednesday, April 25, accused the Shiite-dominated government of blocking access to casualty figures, adding that at least 37,641 people were being held in US and Iraqi-run jails across the country. 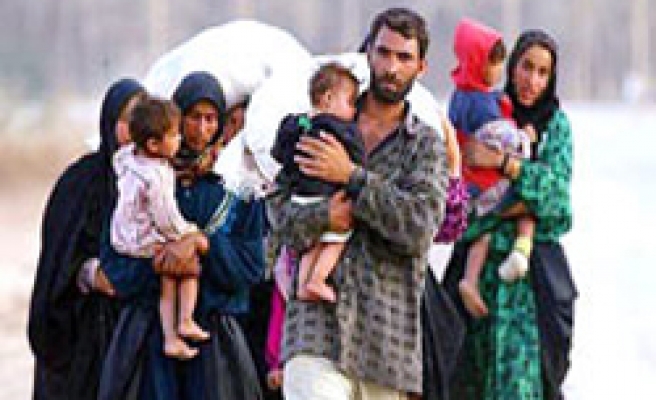 "It was a matter of regret that the Iraqi government did not provide UNAMI with access to the Ministry of Health's overall mortality figures for the reporting period," the UN body said in a quarterly report on human rights in Iraq.

It insisted that efforts to procure mortality figures from Iraqi officials had failed, citing Iraqi accusations of exaggerating figures in an earlier report.

A January UNAMI report had said that more than 34,000 civilians died in 2006 in the raging violence that reached a peak in Baghdad.

"While government officials claimed an initial drop in the number of killings in the latter half of February following the launch of the Baghdad Security Plan, the number of reported casualties rose again in March," it stressed.

Thousands of US and Iraqi troops were deployed in Baghdad to break the bloody cycle of violence in the inflammable capital.

US and Iraqi officials claim that the civilian death toll has declined since then but refuse to release figures to prove that.

"Evidence which cannot be numerically substantiated in this report nonetheless show that the high level of violence continued throughout the reporting period," maintained the UN agency.

It said academics, journalists, doctors and members of religious and ethnic minorities were increasingly being intimidated, killed or kidnapped.

"The apparently sectarian-motivated assassinations, kidnappings and threats to academics and teachers continued at an alarming level throughout the three months."

"A total of 1.9 million are internally displaced and four million are estimated to be acutely vulnerable due to food insecurity," it added.

"Some 117,901 families or estimated 707,000 persons have been forced to flee their homes due to sectarian violence since the bombing of the Al-Askari shrine in Samarra on February 22, 2006."

UNAMI said that, with 120,000 internal refugees, Baghdad has borne the brunt of the chaos.

"Many of these were displaced from within Baghdad, moving to more ethnically homogenous and safer areas, while their houses were either given to or were occupied by other displaced families."

Nearly 87 percent of the displaced people are seeking refuge in the center and south of the country.

Baghdad has become the epicenter of sectarian bloodshed, with death squads killing, torturing and driving people from rival sects out of their homes.

UNAMI said people primarily fled due to direct threats to their lives because of their sect or religion, generalized violence or forced displacement.

It further said that up to eight million Iraqis were in "vulnerable" position and needed immediate assistance.

An estimated 54 percent of Iraqis lived on less than a dollar a day while the unemployment rate had risen to 60 percent.

UNAMI said at least 37,641 people were being held in US and Iraqi-run prisons across Iraq as of end of March.

It said the US-led forces are holding 17,898 people detained in operations across the war-torn country since the March 2003 invasion.

"By late February, the Iraqi government announced that hundreds of people had been arrested since the launch of the Baghdad Security Plan, and by end of March over 3,000 were in detention," it added.

The UN agency voiced concern over the lack of guarantees to protect the detainees' human right.

"Rather, they authorized arrests without warrants and the interrogation of suspects without placing a time limit on how long they could be held in pre-trial detention."

UNAMI also criticized US forces for "indefinite internment of detainees", thousands of whom have been held for long periods without charge or trial.
Last Mod: 25 Nisan 2007, 14:00
Add Comment