It also does not apply to inmates in U.S. military prisons. 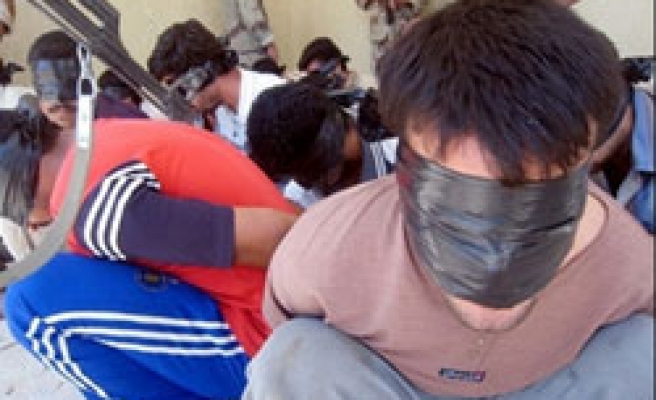 Iraqi courts have ordered around 20,000 prisoners be freed under a sweeping amnesty law that is a pillar of efforts to reconcile the country's divided Shi'ite and Sunni Arab communities, an official said on Sunday.

Bayrkdar said he did not know how many inmates had actually been freed under the amnesty law, and prison officials could not immediately be reached for comment.

The 20,000 comprises convicted inmates as well as those in jail awaiting trial or being held for security reasons.

The law had long been demanded by minority Sunni Arabs, who were dominant under Saddam Hussein. It was passed in February.

Most prisoners detained in recent years are Sunni Arabs accused of involvement in an insurgency against security forces that erupted after the U.S.-led occupation in 2003 toppled Saddam.

Many insurgents have swapped sides in the past year and joined the U.S. military in patrolling their own neighbourhoods. That made passage of the amnesty law easier.

Bayrkdar said charges had also been dropped against nearly 44,900 people who were free on bail.

Charges had also been dropped against an additional 31,800 people who either had arrest warrants against them or who had been accused of crimes but were not in detention.

Bayrkdar added that nearly 26,000 cases had been rejected for amnesty.

In some provinces, the courts had finished their review. But there were still many cases in Baghdad to assess, he added.

The law does not apply to those who have been convicted of serious crimes such as murder.

It also does not apply to inmates in U.S. military prisons.

But it puts the onus on the government to ensure detainees in U.S. military custody are transferred to Iraqi prisons. More than 20,000 prisoners are in U.S. prison camps in Iraq.

The U.S. military's demand to detain prisoners is a key point of contention in talks between Baghdad and Washington on a new security pact that will lay the legal foundation for U.S. occupation when a U.N. mandate expires at the end of the year.