The fate of Kirkuk, a mixed city of Arabs, Kurds and Turkmen is one of the most divisive issues in Iraq. 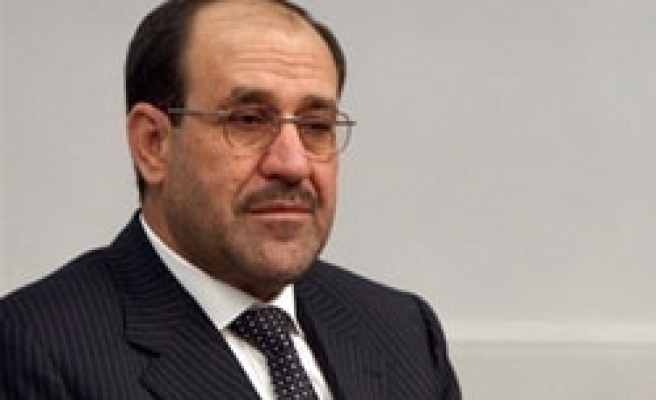 Iraq's parliament failed to approve a draft provincial elections law on Tuesday because of disagreement over what to do about voting in the disputed oil city of Kirkuk, lawmakers said.

It was unclear when parliament would convene again to consider the draft, which has to be passed so the electoral commission can prepare for polls seen as vital to fostering national reconciliation.

At one stage Kurdish lawmakers -- who have objected to attempts to delay voting in Kirkuk -- walked out of parliament in protest and the draft was not voted on as had been scheduled.

Prime Minister Nuri al-Maliki has said provincial elections would be held on Oct. 1, but that looks increasingly unlikely. The electoral commission has said it needs three months to prepare once the law has been passed.

"It needs more time for discussion and it also needs a political consensus. But I don't know how this issue will be solved," Safia al-Shuail, an independent lawmaker, told Reuters.

Hashim al-Taie, head of a parliament committee that deals with the provinces, said the Kurds objected to a provision that sought to either postpone the election in Kirkuk or to equally share power in the city among its different ethnic groups.

Fouad Masoum, the head of the Kurdish alliance in parliament, rejected the new provision.

"Forcing such a provision is a violation of the constitution and contradicts democracy," he told a news conference after Kurdish MPs walked out of the session.

The fate of Kirkuk, a mixed city of Arabs, Kurds and Turkmen is one of the most divisive issues in Iraq.

Minority Kurds, who run the largely autonomous northern Kurdistan region, see Kirkuk as their ancient capital and want a constitutionally mandated referendum to be held to decide who controls the northern city.

Arabs encouraged to move there under late Iraqi ruler Saddam Hussein want the multi-ethnic city to stay under central Iraqi government control and have been wary of a vote.

Arabs and Turkmen believe Kurds have stacked the city with Kurds since the downfall of Saddam in 2003 in an attempt to tip the demographic balance in their favour in any vote.

Some Arab and Turkmen lawmakers have suggested sharing power in the city evenly between Arabs, Turkmen and Kurds. But Kurdish lawmakers said the provincial election results should be used to determine who controls the city.

Iraq would still have time to hold provincial elections before the end of the year if parliament passed the elections law this month, the U.N. special representative to Baghdad said early this month.

Washington says the elections will promote reconciliation by boosting the participation of minority Sunni Arabs in politics. Sunni Arabs boycotted the last local polls in January 2005.