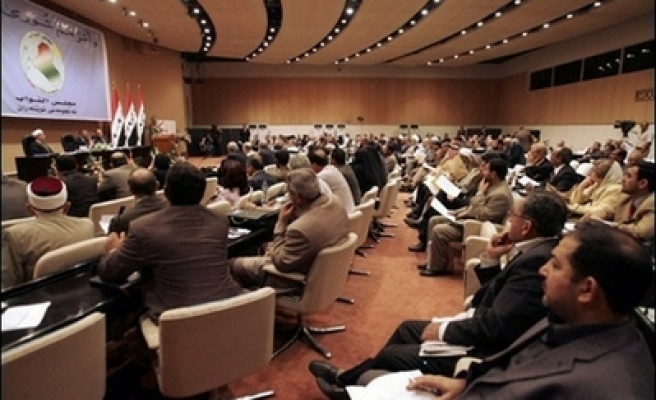 The passage of Iraq's provincial elections law would have paved the way for the elections.

Lawmakers met on the eve of parliament's summer recess in the hope of finding a compromise on the law, which has been bogged down by a long-standing dispute over the status of the oil-rich city of Kirkuk in Iraq's north.

"The United States regrets that the Iraqi parliament today adjourned without finishing its work on a local elections law," said a U.S. embassy official in Iraq, who declined to be named.

"The election law should not be held hostage to the Kirkuk problem," he said.

Deputy Speaker Khalid al-Attiya, a member of Iraq's largest Shi'ite bloc, said the election law would most likely be taken up after the summer break ends on Sept. 9.

"It is possible a special session could be held before this time, but this is unlikely," he said.

The United Nations said delaying the bill meant it would be hard to hold elections this year.

"An important opportunity to pass an elections law was missed today," Andrew Gilmour, political director of the U.N. mission in Iraq, said in a statement.

President Jalal Talabani, himself a Kurd, then vetoed the bill as unconstitutional.