Iraqi Foreign Minister Hoshyar Zebari backed allegations that there is a conspiracy against the government with the help of "foreign intelligence" and said Turkey was part of a group that was working to boost Sunni participation in Iraqi politics. 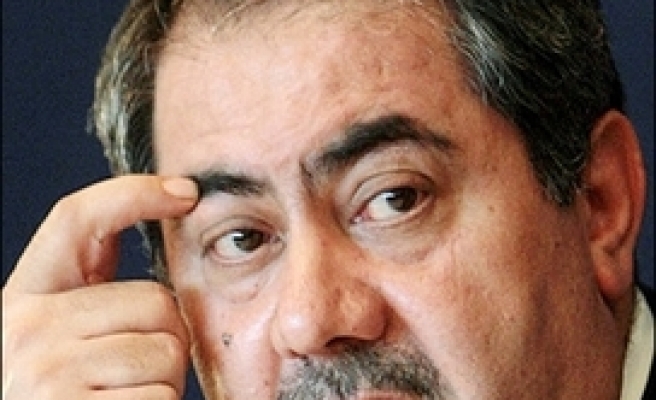 Iraqi Foreign Minister Hoshyar Zebari backed allegations that there is a conspiracy against the government with the help of "foreign intelligence" and said Turkey was part of a group that was working to boost Sunni participation in Iraqi politics.

Rumors of coup plots abound in Baghdad, which Prime Minister Nouri al-Maliki has fueled by accusing political rivals, apparently former Prime Minister Ayad Allawi, of "conspiring" against the government with the help of "foreign intelligence."

"There was a serious conspiracy before this government was formed, which feeds the government's imagination; the Six Plus Two Group of intelligence chiefs of Kuwait, Saudi Arabia, Turkey, United Arab Emirates, Egypt and Jordan, plus the United States and Britain," Zebari told Newsweek for its latest issue.

"Their goal was to keep encouraging Sunnis to participate in the Iraqi elections and to contain Iran. They put intelligence capability and financial muscle [into the effort]. It was not seen as a positive move by the prime minister, but we dealt with it quietly, without much fuss," he went on. Zebari said the Six Plus Two Group continued without Iraqi participation after the election and said he had complained about this because they were discussing Iraq without Iraq being present at the discussions. "It created bad feelings," he said. "Shiites and others took this as an anti-Shiite move. Kurds also felt 'What the hell does Turkey have to do with this? There must be something fishy.'"

According to Zebari, the group would meet every two or three months, and Allawi met them in May or "he had a wishy-washy guy, a Kurd who collaborated with the former government, do it." Asked whether Irshad Zebari was the person he meant, Zebari, a Kurd, said: "He is my cousin. He was minister of state under Saddam. Allawi wanted to bring Kurdish faces to show that his new bloc represents all Iraqis, but [Kurdish leader Masoud] Barzani, [Iraqi President Jalal] Talabani and Maliki were really upset. It had the elements of something sinister against the government. Their criticism was a big blow to Allawi. I suggested the government check with the United States and Britain to see if they are part of it. They can't have it both ways. They can't support this government and also work with these people. I don't think Washington will support Allawi or give him any encouragement." Last Mod: 25 Haziran 2007, 11:52
Add Comment