The Engineer Infrastructure Battalion comprises engineers who will go to damaged pipelines, which carry oil to refineries for domestic use, to neighbouring Turkey and also to the port city of Basra for export. 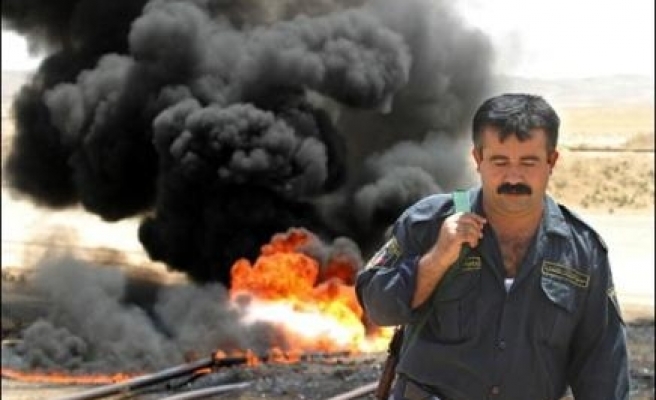 The Iraqi army has formed a new battalion that aims to cut the time taken to repair damaged oil pipelines by half, an army official said on Monday.

Iraq's hundreds of kilometres (miles) of oil pipelines have often come under attack by insurgents seeking to disrupt the flow of Iraq's main export, and also by criminals siphoning off oil for sale on the black market.

The Engineer Infrastructure Battalion comprises engineers who will go to damaged pipelines, which carry oil to refineries for domestic use, to neighbouring Turkey and also to the port city of Basra for export.

"Technicians can work freely if there is a security team, but civilian technicians on their own are always looking over their shoulder," deputy battalion commander Major Hamad Jasim told Reuters during a visit to the Taji military base north of Baghdad.

"We'll hopefully cut repair times to half that of civilians."

Iraq has the world's third-largest proven reserves of oil, and in May raised exports to a post-war high. Iraqi oilfields are currently pumping more than 2.5 million barrels per day, the highest since the 2003 U.S.-led invasion.

In June, Oil Minister Hussain al-Shahristani told Reuters the increase was partly because of increased security along Iraq's northern pipelines.

The newly formed infrastructure battalion is made up of some 740 personnel, which includes experts in bomb disposal and electricity, and its remit stretches across Iraq. The army has plans to form similar battalions for Iraq's north and south.

"The Engineer Infrastructure Battalion is like a fire brigade. There haven't been many attacks on pipelines lately ... but that could change in a minute, especially with the upcoming elections," said U.S. Lieutenant Gabriel Christianson, an adviser to the unit.

Local elections slated for later this year could spark fighting among Shi'ite factions struggling for power in Iraq's oil-rich south, and may be a source of instability between Kurds and Arabs in the north, where there are also large oil deposits.
Last Mod: 08 Temmuz 2008, 11:25
Add Comment