Iraqi authorities issued an arrest warrant against the culture minister and raided his home on Tuesday. 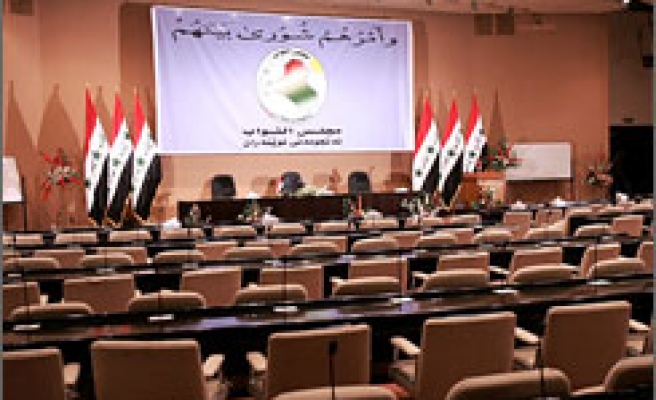 Iraqi authorities issued an arrest warrant against the culture minister and raided his home on Tuesday after he was accused of ordering an assassination attempt against a Sunni politician more than two years ago, officials said.

Culture Minister Asad Kamal al-Hashimi, who was not home when the raid occurred, was identified by two suspected militants as the mastermind of a Feb. 8, 2005, ambush against then-parliamentary candidate Mithal al-Alusi, according to governmental spokesman Ali al-Dabbagh. Al-Alusi escaped unharmed but two of his sons were killed.

"The two who planned and carried out the killings of Mithal al-Alusi's two sons confessed that they took orders from him," al-Dabbagh said.

Al-Hashimi was the first full Cabinet minister to face arrest, although Iraqi authorities have arrested other senior officials, including the deputy health minister who was linked to Shiite fighters loyal to cleric Muqtada al-Sadr.

Al-Hashimi is not a member of parliament, but his party, the General Conference of the People of Iraq, condemned the arrest warrant, saying it was part of the "marginalizing policy against Sunni prominent leaders to push them away from the political process."

The party warned the Shiite-dominated government to avoid "playing with fire by continuing the policy of fabricating lies to exclude Sunni politicians and officials from the Iraqi arena."

Muhanad al-Essawi, a spokesman for the biggest Sunni parliamentary bloc, the Iraqi Accordance Front, said U.S. and Iraqi forces raided al-Hashimi's house and detained several guards. The U.S. military did not immediately reply to a request for comment.

But al-Hashimi, who lives in a heavily guarded compound near the Foreign Ministry in central Baghdad, was not home at the time, al-Essawi said. Al-Hashimi, a Sunni Arab professor of Islamic sciences in Baghdad, is affiliated through his party with the Accordance Front, which holds 44 seats in the 275-member parliament.

Al-Alusi was a leading figure in the secular Iraqi National Congress Party of former Pentagon favorite and secular Shiite Ahmad Chalabi, but he was expelled from the party after visiting Israel. He was elected to parliament as the head of his own group, the Iraqi Democratic National Party, which holds one seat. Last Mod: 26 Haziran 2007, 17:58
Add Comment