Iraq passes resolution on US troops

Iraqi politicians have passed a resolution requiring the government to seek parliamentary permission before asking the UN to extend the mandate for US-led forces in Iraq. 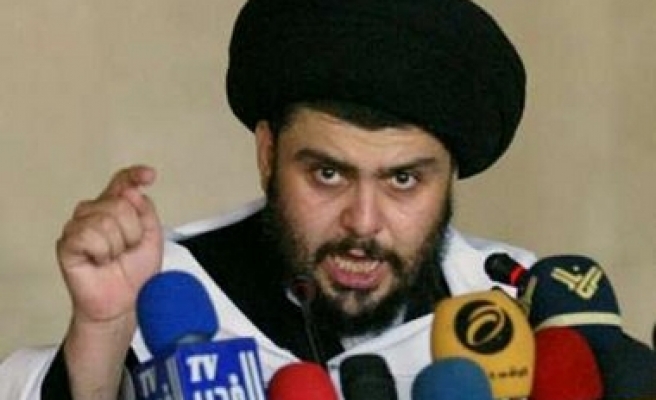 Iraqi politicians have passed a resolution requiring the government to seek parliamentary permission before asking the UN to extend the mandate for US-led forces in Iraq.

The measure was approved on Tuesday and reflects a growing disenchantment with the US-backed government.

The Sadrist-drafted resolution passed with a vote of 85 to 59.

The members of parliament voted along party lines, with Sunnis joining the bloc loyal to Muqtada al-Sadr, a Shia leader, and another Shia party at odds with the leadership.

The UN mandate for foreign forces in Iraq has already been extended until December 31 at al-Maliki's request, so Tuesday's parliamentary action is not expected to have any immediate effect.

However, Mahmoud al-Mashhadani, a Sunni parliament speaker, said: "If the government wants to extend the presence of the multinational forces, it has to come to us in the parliament to convince us first."

The effort mirrors the rivalry George Bush, the US president, faces with the Democratic-led congress, which has urged the administration to bring troops home.

The UN Security Council voted on November 28 to extend the mandate of the multinational force, but it has also authorised a review of that mandate by June 15 or earlier if requested by the Iraqi government.

Al-Maliki has said he wants Iraqi forces to take over the country's security, but he has refused to demand a timetable for the withdrawal of foreign forces.

George Bakus, an aide to al-Mliki, said: "I think the situation is clear ... when the Iraqi troops are ready and can control the country, the government will ask the multinational forces to leave."

Only 144 of the 275 members of the Iraqi parliament were present for the vote, but that was enough for a quorum.

Adnan Dulaimi, of the Sunni Accordance Front, supported the measure, along with the Sadrists and members of the Fadhila party - which recently broke off from the Shia-led United Iraqi Alliance.

Nassir al-Issawi, a Sadrist politician, said: "This was the first step in implementing our political goal which is the withdrawal of the occupation forces.''

Those opposed included Kurdish legislators and members of other mainstream Shia parties, including al-Maliki's Dawa party and the Supreme Islamic Council of Iraq.

Mahmoud Othman, a Kurdish politician, objected to the resolution and said that "it is supposed that extension of the mandate of the forces should go with completing building the Iraqi forces''.

Jalaluddin al-Saghir, a Shia cleric from the Supreme Islamic Council of Iraq, said the resolution was an additional obstacle for the government.

"The government was at least supposed to be consulted before such a resolution was approved,'' he said. "Those who voted for the resolution had political aims."