'Iraq ready to include Turkey in energy tenders' 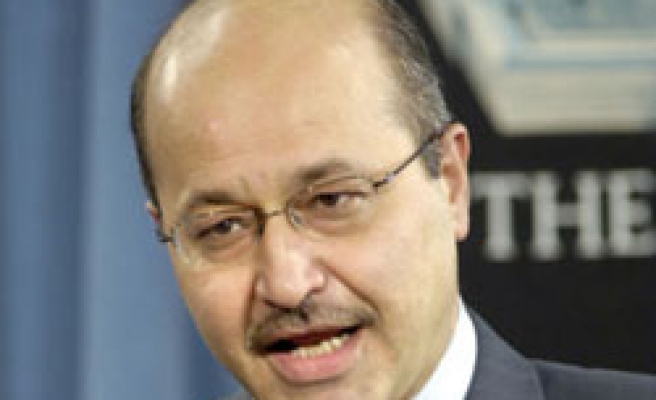 Iraqi Deputy Prime Minister Barham Salih has expressed willingness to include Turkish companies in new tenders to develop the country's oil and gas fields, calling Turkey a gateway for Iraq to open up to Europe.

In April, Iraq's Oil Ministry qualified 35 companies to bid for tenders to develop the nation's oil and gas fields. Turkey's state-owned Turkish Petroleum Corporation (TPAO) was not included in the list, disappointing Ankara.

"I spoke with Energy Minister Hilmi Güler and Prime Minister Recep Tayyip Erdoğan, and I told them that we have been planning to include some major Turkish companies on the list of companies which will invest in the Iraqi oil sector. Both President [Jalal] Talabani and Prime Minister [Nouri] al-Maliki want Turkish companies to be on this list," Salih was quoted as saying in an interview with news station NTV over the weekend.

At a high-profile international gathering held in İstanbul last week, Salih said in his address that Iraq was recovering quickly from an authoritarian regime and the US-led war that toppled it, becoming an economically prosperous country integrated with its region and the international community.

This new Iraq, which is now projecting $70 billion in oil revenue in 2008, sees Turkey as a "strategic partner," he said, emphasizing that without cooperation from other countries Iraq could not meet its huge infrastructural needs on its own. "We see Turkey as a strategic partner, and when I say this, I mean it. This is a strategic choice and Iraq wants to go ahead with it," he said at the Third Turkish-Arab Economic Forum, in which Erdoğan and Güler also participated.