The flow through the pipeline to Turkey stopped on Monday for an unknown reason. 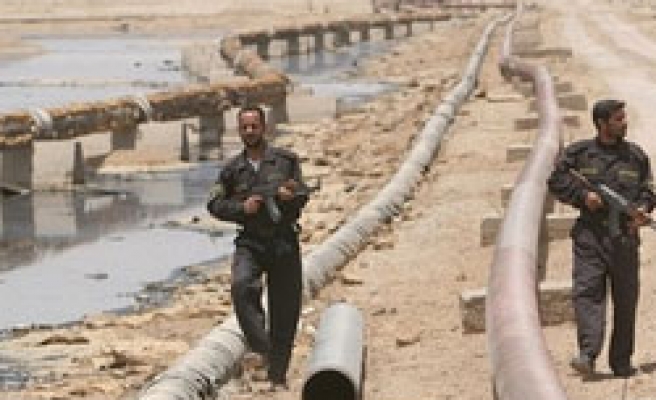 The flow through the pipeline to Turkey stopped on Monday for an unknown reason.

The line is Iraq's secondary export route, transporting crude from the northern fields around Kirkuk to the Turkish Mediterranean oil terminal at Ceyhan.

Iraq ships most of its exports through its main export terminal at Basra, which handles about 1.6 million bpd.

Around 750,000 barrels of Iraqi oil was in storage at Ceyhan on Tuesday, a shipping agent said.

A ship was waiting to berth to load a million barrels for Italian refinery ENI, the agent added.

The pipeline to Turkey was pumping at around 300,000 bpd before the stoppage.

The export route was plagued by sabotage and technical problems after the U.S. invasion of Iraq in March 2003. Tighter security has allowed Baghdad to increase the flow during the past year.

Turkey suspended oil shipments from Iraq through the pipeline temporarily due to an unpaid debt in July.