The lawsuit says billions of dollars were lost, "all of which were directly translatable into food, medicine and other humanitarian goods that were supposed to reach the Iraqi people." 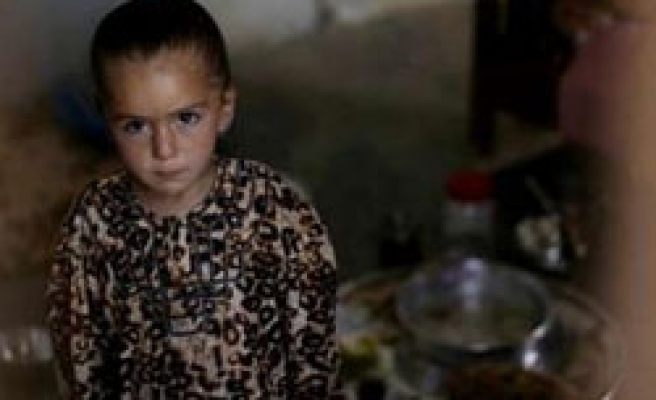 The civil lawsuit, filed in U.S. federal court in Manhattan, seeks to recover damages from companies investigated by a U.N.-commissioned inquiry, claiming they cheated the Iraqi people out of benefits of the $67 billion U.N. program.

The U.N. oil-for-food program, which ran from 1996 to 2003, was created to help Iraqis cope with U.N. sanctions after Iraq invaded Kuwait in 1990. The program allowed Baghdad to sell oil in order to buy humanitarian goods.

The lawsuit says billions of dollars were lost, "all of which were directly translatable into food, medicine and other humanitarian goods that were supposed to reach the Iraqi people."

Among the individuals named in the lawsuit are Texas oilmen Oscar Wyatt and David Chalmers, who both admitted to paying millions of dollars in kickbacks to Saddam's regime.

But a U.N.-commissioned inquiry headed by former U.S. Federal Reserve Chairman Paul Volcker found the program was corrupted by 2,200 companies from 66 countries that paid $1.8 billion in kickbacks to Iraqi officials to win supply deals.

The lawsuit follows U.S. criminal investigations into the program, which produced the convictions of individuals, including Wyatt and Chalmers, and oil companies named in the complaint, including Chevron, which agreed to pay $30 million to resolve criminal and civil liabilities.

Most of the companies named in the lawsuit could not immediately be reached for comment.

The lawsuit said the defendants had violated U.S. racketeering laws including mail and wire fraud and money laundering. Chevron and Swiss oil trading firm Vitol were also accused of breaching their fiduciary duties.

"We have not yet received the court documents. Once we have reviewed the documents we will respond accordingly," AWB spokesman Peter McBride said.

AWB faces several suits in the United States over its business in Iraq. One case is on behalf of Iraqi citizens claiming it contributed to injuries and damages sustained by the plaintiffs by giving substantial assistance to the government of Saddam Hussein.

The U.S. criminal prosecutions found Wyatt and Chalmers, who acted on behalf of his two oil corporations Bayoil Supply and Trading and Bayoil USA Inc. and other companies, including El Paso, complied with the then-Iraqi government's demands to pay secret surcharges, in violation of U.N. sanctions and U.S. law, to front companies and bank accounts controlled by the Saddam's government.

Wyatt, the founder of Houston's Coastal Corp, met directly with Saddam and became the most prominent figure imprisoned over the scandal when he was sentenced to one year in prison in November.

A self-made billionaire who started out as a cropduster and World War Two pilot, Wyatt went on to found Coastal in 1955, selling it to El Paso Corp in 2000 and 2001 for $17 billion.