Britain will tell more than 1,400 rejected Iraqi asylum seekers they must go home or face destitution in Britain, according to the Guardian. 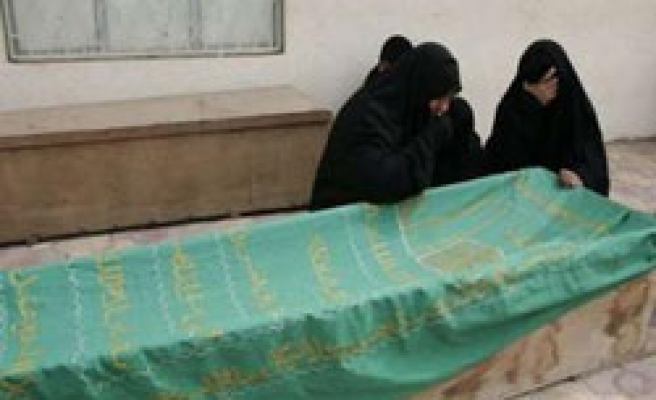 More than 1,400 rejected Iraqi asylum seekers are to be told they must go home or face destitution in Britain as the government considers Iraq "safe enough" to return them, according to leaked Home Office correspondence seen by the Guardian.

The Iraqis involved are to be told that unless they sign up for a voluntary return programme to Iraq within three weeks, they face being made homeless and losing state support. They will also be asked to sign a waiver agreeing the government will take no responsibility for what happens to them or their families once they return to Iraqi territory.

The decision by the home secretary, Jacqui Smith, to declare that it is safe to send asylum seekers back to Iraq comes after more than 78 people have been killed in incidents across Iraq since last Sunday.

The United Nations high commissioner for refugees (UNHCR) said its policy was that returns of asylum seekers to central and southern Iraq and for some categories to the north of the country were not advisable because of the continuing conflict.

The Refugee Council said the decision disclosed by the Guardian was a shocking example of the government's policy of using destitution to starve people into leaving the country.

Although the government has repeatedly tried to return failed asylum seekers to northern Iraq since 2005 with special charter flights to Arbil, it has never regarded the routes from Britain to Baghdad or Basra, as safe enough to return anyone to central or southern Iraq.

The letter from the Borders and Immigration Agency's (BIA) case resolution directorate makes clear that the home secretary now considers that travel to Iraq from the United Kingdom is "both possible and reasonable". It continues: "Therefore these Iraqi nationals no longer qualify for support under this criterion."

The 1,400 Iraqis came to Britain before 2005 and were granted "hard case" support. Although their claims for refugee status had been rejected, they were unable to leave the country because there was no safe way back to Iraq and they faced destitution in Britain. They have received "section four support" which includes basic "no-choice" accommodation, three meals a day, vouchers for essential items and only utility bills paid.

The BIA internal letter signed by Claire Bennett, the deputy director of the case resolution directorate, and dated March 6, says the Iraqis involved will be required to "demonstrate that they are taking all reasonable steps to leave the United Kingdom or that they are placing themselves in a position in which they are able to do so".

She says the most obvious way they can do that is to make an application to the International Organisation for Migration (IOM) for the voluntary-assisted returns and reintegration programme to facilitate their return to Iraq.

Bennett describes the IOM as an "independent non-governmental organisation that can arrange return to the country of nationality through travel, financial and other reintegration assistance". But the IOM is not an independent NGO. As its website points out, it is an intergovernmental organisation with a membership solely made up of member states. It asks all those returning "voluntarily" to Iraq under its schemes to sign a waiver reading: "I acknowledge that the IOM has no responsibility for me and my dependents once I return to Iraqi territory and I hereby release IOM from any liability in this respect."

The Home Office letter says a failure to respond within the timescale will result in support being discontinued, although there will be a right of appeal. "The government is committed to ensuring that unsuccessful asylum seekers do not remain in the United Kingdom indefinitely. We consider that voluntary returns are by far the more dignified way of making a return, but if individuals fail to leave, their removal may be enforced," it warns.

A Home Office spokesman last night said that all asylum claims were assessed on their individual merits by the BIA: "Where appropriate, an independent judicial process and Iraqis genuinely in need of our protection, for example some former interpreters, will be granted asylum. We consider it reasonable, however, to expect those individuals who have been found by an independent judge and appeals process not to need protection to return home. We prefer people to leave voluntarily but if necessary we will enforce their return."

Donna Covey, chief executive of the Refugee Council, said: "It is a nasty policy, and a failed one, that doesn't achieve its stated aim of encouraging return. Iraq is still patently unsafe and people from there are terrified of going back. Removing support in such cases only results in one thing: more hungry and homeless people living in constant fear."

She added that most Iraqis wanted to go home when it was safe but until then the government should be offering them the chance to live decently in the UK.