A majority of Iraqi lawmakers endorsed a draft bil that would require the Iraqi govt to seek approval from parliament for the extention of U.N. mandate for foreing forces and calls for a timetable for troop withdrawal and a freeze on the size of foreing f 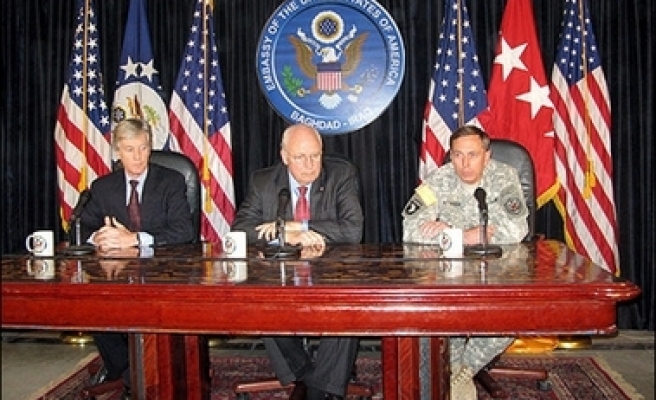 A majority of Iraqi lawmakers endorsed a draft bil that would require the Iraqi govt to seek approval from parliament for the extention of U.N. mandate for foreing forces and calls for a timetable for troop withdrawal and a freeze on the size of foreing forces lawmakers said Thursday.

The proposed Iraqi legislation, drafted by the parliamentary bloc loyal to anti-American Shiite cleric Muqtada al-Sadr, was signed by 144 members of the 275-member house, said Nassar al-Rubaie, the leader of the Sadrist bloc.

The Sadrist bloc, which holds 30 parliamentary seats and sees the U.S.-led forces as an occupying army, has pushed similar bills before, but this was the first time it garnered the support of a majority of lawmakers.

But the legislation was being discussed even as U.S. lawmakers were locked in a dispute with the White House over their call to start reducing the size of the U.S. force in the coming months.

The bill would require the Iraqi government to seek approval from parliament before it requests an extension of the U.N. mandate for foreign forces to be in Iraq, al-Rubaie said. It also calls for a timetable for the troop withdrawal and a freeze on the size of the foreign forces.

The U.N. Security Council voted unanimously in November to extend the mandate of the U.S.-led forces until the end of 2007. The resolution, however, said the council "will terminate this mandate earlier if requested by the government of Iraq."

The measure, which has not yet been introduced in parliament, reflects growing disenchantment among the lawmakers over U.S. involvement in Iraq.

But Ali al-Adeeb, a senior lawmaker and an aide to Prime Minister Nouri al-Maliki, did not back the bill. "There must be a commitment from foreign parties to train our forces."

Deputy Speaker Khaled al-Attiyah told The Associated Press said the draft legislation had not been officially submitted to the speaker, but was currently being reviewed by the house's legal department, apparently the final step before it can be submitted.

Kurdish lawmaker Mahmoud Othman said he had backed the draft only on the condition that the withdrawal timetable be linked to a schedule for training and equipping Iraq's security forces.

"But the sponsors of the legislation did not include our observations in the draft. This is deception," he said.

Last month, the cleric Muqtada al-Sadr ordered his six Cabinet ministers to leave the government after the Shiite prime minister refused to put a timetable for foreign troops withdrawal.