Norway's Supreme Court upheld a ruling to expel an Iraqi Muslim last November, saying he was head of a Muslim group in Iraq. 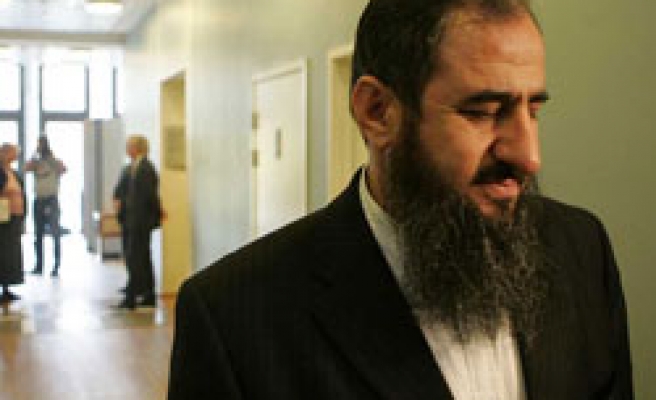 The founder of a Muslim group has complained to a European human rights court that Norwegian authorities are violating his rights, Norwegian media reported on Tuesday.

"I am suing Norway to ensure that I get all the rights I am entitled to," Krekar, whose wife and four children are Norwegian citizens, told the daily Verdens Gang.

Mullah Krekar, born Najmuddin Faraj Ahmad, is an Iraqi Kurd and founder of the Muslim group Ansar al-Islam. Norway's Supreme Court upheld a ruling to expel him last November, saying he was head of a Muslim group in Iraq.

"He has been robbed of all basic rights, something that cannot be accepted in a state founded on legal protection," his attorney, Brynjar Meling, told public broadcaster NRK.

"He has no freedom of movement," Meling said. "He is not here because he wants to be but because he has to be. He has no possibility to leave the country, to work, to study or to have a bank account."

He cannot in practice be deported because Norway does not send anyone to a country where they could risk facing the death penalty.

Krekar is now taking his case to the European Court of Human Rights in Strasbourg and says he has been forced into internal exile in Norway.

Krekar arrived as a refugee in Norway with his family in 1991, but officials say he has repeatedly returned to Iraq to organise a Islamic movement in the Kurdish areas of northern Iraq.

He says he quit leading the group years ago. The Norwegian authorities first warned that they would expel him in 2002.

Meling said the court in Strasbourg cannot overturn the verdict of the Norwegian court but that Norway is obliged to listen to its opinion on how to treat him.