Iraqi officials angered by US deadly raid near Kerbala

The Kerbala provincial council said it would stop working with U.S. forces. 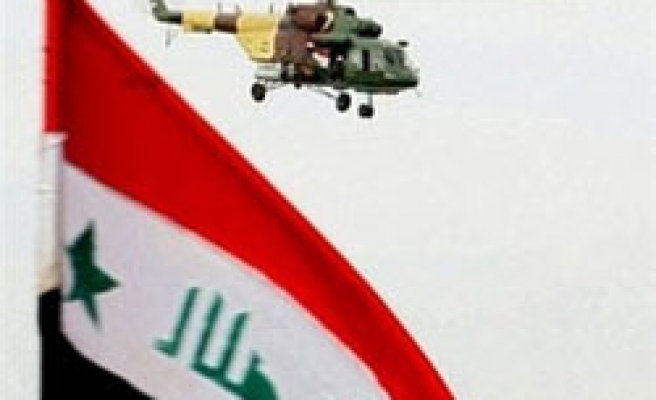 Iraqi officials have expressed outrage over a U.S. raid near the holy Shi'ite city of Kerbala, which they said should have been approved by local authorities since security for the area is under Iraqi control.

One man was killed in the early morning raid on Friday, the officials told a news conference. They described him as a civilian.

The U.S. military has not responded to questions about the incident.

The row comes at a sensitive time for Washington, which is negotiating a new pact with Baghdad to provide a legal basis for American occupation troops to stay in Iraq after a United Nations mandate expires on Dec. 31.

One of the key sticking points in negotiations has been whether the U.S. military could conduct attacks and detain "suspects" without Iraqi approval.

"This action was barbaric and a violation of Iraqi sovereignty ... Iraqi forces in the local government were not aware of it," Aqeel al-Khazali, the governor of Kerbala province, told a news conference on Saturday.

Provincial police chief Major-General Raad Shakir said the raid took place before dawn on Friday when U.S. helicopters landed in the al-Hindiya district, just east of the city of Kerbala. One person was killed and another detained, he said.

"(The U.S. military) claimed they were terrorists," Shakir told the news conference in Kerbala, 80 km (50 miles) southwest of Baghdad.

The Kerbala provincial council said it would stop working with U.S. forces.

The U.S. military handed security control of the province to Iraqi authorities last October. It is one of nine of Iraq's 18 provinces where Iraqi forces are now responsible for security.

Iraqi Prime Minister Nuri al-Maliki said on June 13 that talks on the new pact were deadlocked, partly because Baghdad objected to giving U.S. forces permission to detain Iraqis or to conduct operations independent of Iraqi control.

Since then, officials say Washington has agreed to set up joint bodies to vet planned U.S. security operations.

A week after his criticism of the negotiations, Maliki and President George W. Bush spoke via a video conference call and the White House said the two agreed talks were proceeding well.

And on Wednesday, Iraqi President Jalal Talabani said the two sides were making progress in completing the pact.