The 24 boys found severely malnourished in a Baghdad orphanage have been moved to a different building in the same facility and are being properly cared for, Iraqi officials said. 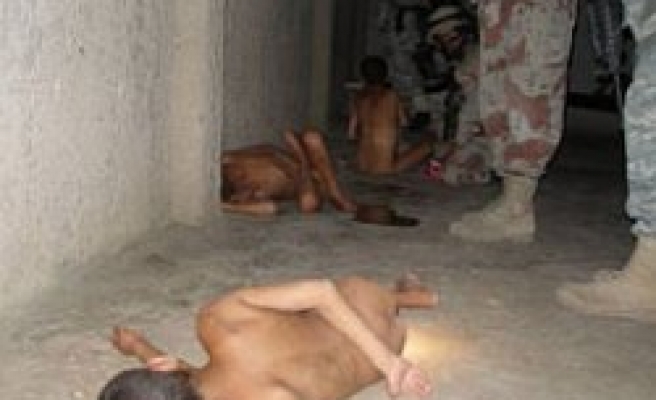 The 24 boys found severely malnourished in a Baghdad orphanage have been moved to a different building in the same facility and are being properly cared for, Iraqi officials said Thursday.

U.S. and Iraqi soldiers found the boys last week naked in a dark room, some tied to beds and too weak to stand once they were unbound, the military said.

The director of the girls' section of the al-Hanan orphanage said the boys had been transferred to her building.

"All necessities, such as food, clothes and medical care, have been provided for them," said Karima Dawood.

Iraqi officials and the military said the boys had been moved from the coed building last month because it was deemed inappropriate for them to live with girls. They have now been returned to the original living arrangement.

AP Television News footage showed the boys, most of whom apparently are mentally handicapped, clothed and sitting in wheelchairs or iron cribs in clean rooms — a stark contrast to the photos shown earlier this week by CBS News that showed many of them lying naked on the floor in filthy conditions. The military said food and clothing were found in a nearby storeroom.

Three women, who claimed to be caretakers, and two men, the orphanage director and a guard, were in the building when the soldiers arrived June 10, according to the military statement.

Adel Muhsin, the Health Ministry's inspector general, said arrest warrants were issued for three employees of the orphanage, but that they have gone into hiding and remain at large. He did not identify the three or say what jobs they held at the facility.

A probe into the case ordered by Prime Minister Nouri al-Maliki was under way in tandem with a separate one by the Labor Ministry, Muhsin told The Associated Press on Wednesday.

Al-Zeidi said he expected the investigation to be finished by next week.

"The incompetent employees will be punished severely and even imprisoned," he said.

The case has provoked outrage from many Iraq, but some officials have accused the United States of using the photos as propaganda.

Al-Zeidi acknowledged some caretakers were negligent but said the orphanage was doing its best to provide care for the children under difficult circumstances.

He claimed, for example, that the caretakers had to take off the orphans' clothes and put them on the cool tiles to cool them down in the hot temperatures because the house had no electricity.

"Those handicapped children were abandoned by their families and we are trying to save them from death, but all of Iraq is undergoing difficult circumstances," he said.

Al-Zeidi said that the manager of the boys' house had requested generators and salary raises but the requests had been rejected.

The U.N. Children's Fund said last month that Iraq's children are caught in a rapidly worsening tragedy and that half the estimated 4 million Iraqis who have fled their homes since the war began in 2003 are children. Last Mod: 22 Haziran 2007, 13:27
Add Comment