An Iraqi photographer for Agence France Presse won an Arab award on Thursday for a picture of children caught in an abduction row in Chad, the second year in a row that an AFP employee had taken the prize. 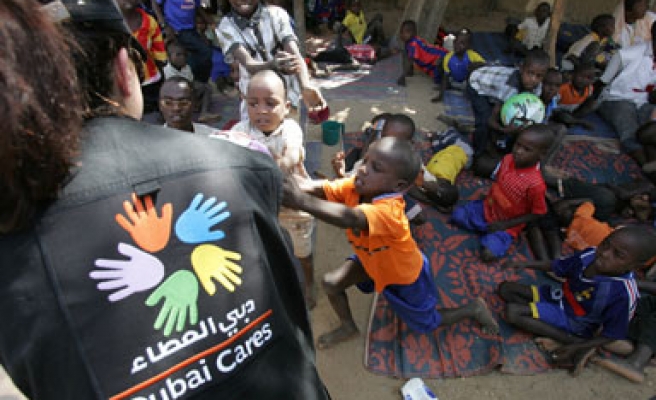 Karim Sahib, 46, bagged the 15,000-dollar prize for photography at the Arab Journalism Awards handed out by Dubai Press Club at the end of a two-day Arab media forum in Dubai.

The winning shot, taken in November, shows some of the 103 children who were at the centre of the abduction scandal reaching for gifts brought by the Dubai Cares charity to the orphanage where they were being looked after in the town of Abeche in eastern Chad.

A French charity had been accused of trying to sneak the children out of Chad to France.

"I dedicate this precious prize to the children of Iraq, because they too are suffering, and I think of them all the time," said Sahib, who worked for many years in Iraq before moving to the United Arab Emirates in 2006.

The beauty of the picture is that "it shows children who are poor and helpless, but also reaching out happily to the hand extended to them," he said.

A Palestinian photographer for AFP, Mahmud Hams, won the same award in April 2007 for a picture of the funeral of a Palestinian child killed during an Israeli strike on the Gaza Strip.