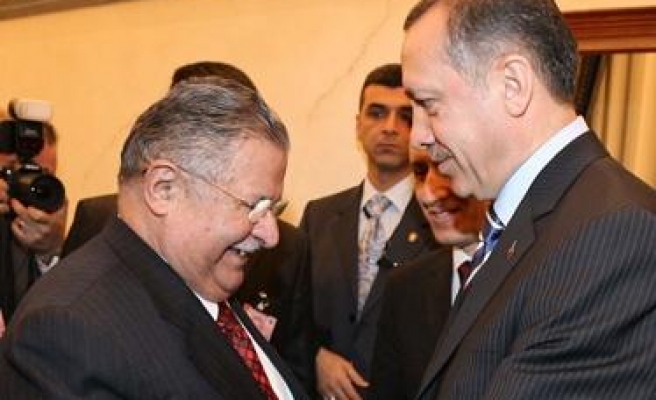 Iraqi President Jalal Talabani, himself a Kurd, began his first visit as head of state to neighbouring Turkey on Friday, just one week after Turkish army ended its nine-day long ground operation against PKK targets in northern Iraq.

The economic relations are expected to dominate the agenda.

Talabani will not be hosted with a full red-carpet treatment of 21-gun salute accorded to visition heads of state given this will be a "working visit" not "state visit". Talabani visited Turkey in November 2003 as term chairman of the provisional presidential council.

Observers say Talabani's visit has a symbolic meaning and at the same time considered as a start to a new period in relations between Turkey and Iraq.

The visit of Jalal Talabani reflects diplomatic efforts by Iraq and Turkey to lower tension after an operation that some had feared could spill into a wider conflict between two neighbors.

Ankara also considers this as a "comprehensive visit". Turkey considers itself as a gate for Iraq opening to Europe in geographical and political means as well as a source of inspiration for the future of Iraq.

Diplomatic sources told the Anatolian Agency 2008 is a "critical" year for Iraq in terms of security and economy.

Turkey has decided to boost relations with Iraq well in every level, mainly Talabani, noting that Talabani was invited to Turkey in this framework, sources added.

It was also emphasized that Talabani's visit will open a new phase in Turkish-Iraqi relations and will add a new momentum to bilateral relations, according to AA.

Talabani is also expected to attend Turkish-Iraqi Business Council before departing from Turkey in the evening. Fight against the outlawed PKK militants, Kirkuk as well as cooperation opportunities in oil and other areas are expected to be discussed during the talks.

Iraqi ministers in Talabani's delegation are expected to meet their Turkish counterparts.