Abdul-Aziz al-Hakim, the leader of Iraq's largest Shia party, is in Iran for lung cancer treatment after being diagnosed at a Texas hospital, officials close to the cleric say. 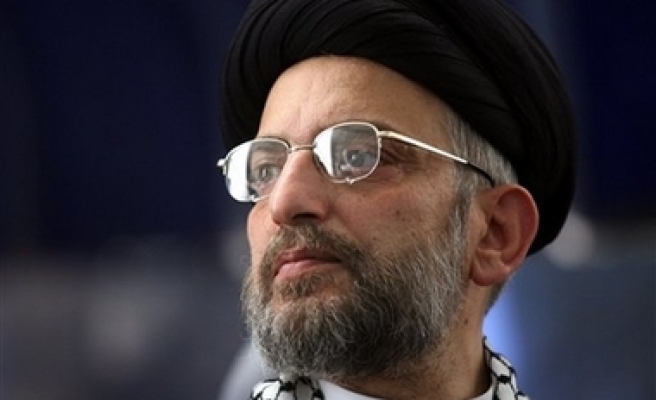 Abdul-Aziz al-Hakim, the leader of Iraq's largest Shia party, is in Iran for lung cancer treatment after being diagnosed at a Texas hospital, officials close to the cleric say.

The development is expected to create disarray in the Supreme Islamic Council in Iraq, the political organisation the US has counted on to help push through reforms.

Al-Hakim flew to the US on Wednesday for tests after doctors at a US-run hospital in Baghdad detected signs of cancer in one of his lungs.

The diagnosis was confirmed at the University of Texas MD Anderson Cancer Center in Houston, officials in the al-Hakim organisation said on Sunday.

Al-Hakim, leader of the Supreme Islamic Council since 2003, will undergo chemotherapy treatment in Iran, according to the officials, who spoke on condition of anonymity.

Iran, Iraq's Shia neighbour to the east, hosted al-Hakim in exile for more than two decades during Saddam Hussein's rule. His party, formerly known as the Supreme Council for the Islamic Revolution in Iraq, was founded there with Iranian help in the early 1980s.

Al-Hakim, who gave up a 30-year smoking habit last year, has been coughing and suffering from high blood pressure for months, the officials said. His cough became worse during two days of party meetings this month, where he was re-elected party leader.

News of al-Hakim's diagnosis came only hours after another Iraqi leader, Jalal Talabani, 73, Iraq's president, flew to the US for a checkup.

He was hospitalised in Jordan three months ago after collapsing. Doctors said he was suffering from exhaustion and dehydration from lung and sinus infections.

Talabani, a Kurd and an ally of al-Hakim, was expected to be away from Iraq for three weeks.

Al-Hakim chose treatment in Iran rather than the US because he wanted to be close to his family, party officials said. Proper treatment was not available in Iraq. Al-Hakim's choice of Iran also reflected his close links to the Shia theocracy there.

Al-Hakim's absence could last several months or longer, said the officials, thus robbing Iraq from a key political player who has been a major partner in US efforts to build a democratic system regardless of his ties to Iran.

American efforts to push through major reforms such as an oil law, constitutional amendments and expanded opportunities for Sunnis in government would face even more hurdles without al-Hakim.

For his party, his absence is potentially more dramatic.

"We are concerned," said Hameed Moalah, a lawmaker and a senior official of the Supreme Council.

"We are in a difficult situation," he said of al-Hakim's expected absence.

Al-Hakim's cancer was diagnosed a week after his party completed a two-day conference that signalled a departure from its old doctrines, adopted when the party was created 25 years ago vowing to topple Saddam's government.

It drafted a new one that speaks of democratic values, freedom, human rights and national reconciliation.

Redha Jawad Taqi, a senior party leader, said Adil Abdul-Mahdi, the vice-president, was running the party in al-Hakim's absence. Longer-term questions about succession at the top of the party remain unanswered.

Al-Hakim's son, 35-year-old Amar, has for years been groomed to succeed his father, but there were no plans for him to assume a leadership role for another decade, Taqi said.