Getting the Front to return after it quit the cabinet a year ago in a row over power sharing has been seen as key to healing divisions between majority Shi'ites and minority Sunni Arabs. 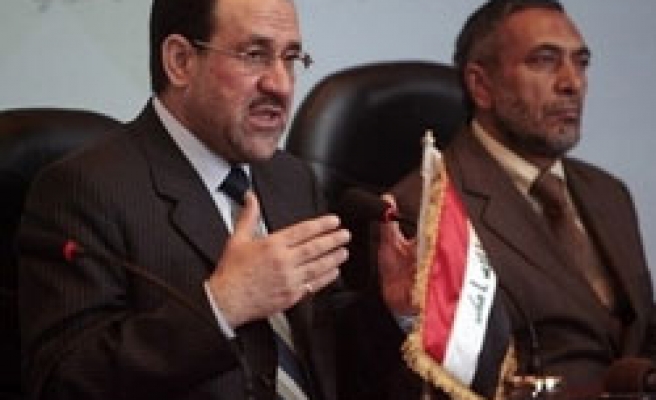 "Today, parliament voted to accept our candidates ... This means the Accordance Front has officially returned to the government," the bloc's spokesman, Salim al-Jubouri, told Reuters after the vote.

"It is a real step forward for political reform."

Getting the Front to return after it quit the cabinet a year ago in a row over power sharing has been seen as key to healing divisions between majority Shi'ites and minority Sunni Arabs.

Sunni Arabs have little voice in the current cabinet, which is dominated by Shi'ites and ethnic Kurds.

Parliament questioned candidates for 10 vacant cabinet jobs, including five ministries and a deputy prime ministerial post that had previously been allocated to the Accordance Front.

The other portfolios were left largely vacant when separate Shi'ite and secular factions quit Prime Minister Nuri al-Maliki's government last year. They will be filled by politicians from other parties.

Maliki had earlier approved the names for all the posts, which are not for any key security positions.

The Front pulled out of Maliki's cabinet in August last year, demanding a greater say in security policies as well as the release of mainly Sunni Arab detainees. Most of its cabinet seats were never filled.

An amnesty law passed in February has begun the process of releasing many prisoners from the Sunni Arab community. Sunni Arabs form the bulk of inmates after security forces detained thousands in sweeps at the height of a Sunni Arab.

The Front has been on the verge of rejoining the government several times in the past, only for obstacles to suddenly emerge.

But government crackdowns against Shi'ite militias in the southern city of Basra in late March and then in Baghdad were welcomed by the Front and helped spur its return.