With American media and political circles buzzing with the report and thousands of troops on the ground unable to find the three captured soldiers, sources savvy with the tactics of Iraq militant groups said they must have spirited the soldiers out of the 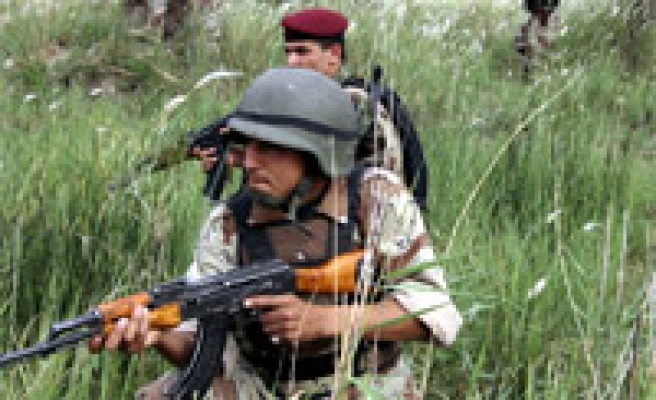 With American media and political circles buzzing with the report and thousands of troops on the ground unable to find the three captured soldiers, sources savvy with the tactics of Iraq militant groups said they must have spirited the soldiers out of the area through special tunnels built for the purpose.

"It is almost certain that the soldiers have been spirited out of the area through tunnels dug by resistance fighters in the area near the road," the sources told IslamOnline.net requesting anonymity.

"They probably used the same tunnels to surprise the American military convoy and plant the roadside bombs to beat the watertight security measures in the area," added the well-kept sources.

Three US soldiers went missing on Saturday, May 12, after an attack on a US patrol in two vehicles killed four others near Mahmoudiyah, 30 kilometers south of Baghdad.

The self-styled "Islamic State in Iraq", an Al-Qaeda front organization, has claimed responsibility for the attack and said the missing soldiers were in its custody.

It said the operation was to avenge Abeer Qassim al-Janabi, a 14-year-old girl raped and killed by American soldiers in the same area a year ago.

Five soldiers have pleaded guilty to the rape and killing of the girl and the killing of her parents and her younger sister in one of the most shocking crimes by US troops in Iraq.

The US military confirmed Monday that the soldiers were seized by Al-Qaeda or an affiliate group, launching a massive manhunt involving 4,000 US troops backed by jets, helicopters, sniffer dogs and spy satellites.

The forces were desperately searching the well-watered farmland and groves of date palms where the attack occurred and the land round in the hope of finding a bunker or secret room where the soldiers might be held.

The Iraqi sources said the tunnels are usually very long and dug to fit one person at a time.

"They usually keep the end-point of the tunnel underground and mine it with a carefully-calculated amount of explosives to make a hole when the need arise," they added.

"This allows the resistance fighters to move beyond security checkpoints and guards and jump on the foreign troops even inside their camps."

The sources said the tactic has already been used before.

In 2004, Iraqi resistance groups attributed the success of several painful attacks on American forces in Fallujah to tunnels penetrating into well-guarded American military bases and camps.

The scars of the climactic November 2004 US marine assault on the city are still evident everywhere.

Some buildings have only a stitching of machine gun fire across their facades, but elsewhere huge concrete buildings sag alarmingly, held together by little more than a spaghetti tangle of iron rebar.

The tunnel tactic has also been successfully used by Palestinian and Lebanese resistance groups against Israeli occupation forces.

The capture of Americans - like the hostages in Lebanon in the 1980s or in the Tehran embassy in 1979 - traditionally has a greater impact on the US public than the death of soldiers.

The loss of the three prisoners could prove to be even more significant with the majority of Americans firmly against the US-led invasion-turned-occupation of Iraq.

The US Senate will vote this week on whether to halt funding for the war by March 31 next year, in the latest twist of a bitter clash with the White House.

The Democratic-led Senate is also expected to vote this week on a second measure which would penalize the Iraqi government, including by reducing US troop numbers, if it failed to meet certain political and economic benchmarks. Last Mod: 15 Mayıs 2007, 18:18
Add Comment