"The Americans took my husband. They destroyed our home. We've got nothing. We're living by the grace of God. We will not stay silent, and everything, including bombings, we can do in response," said one enraged woman who declined to be named. 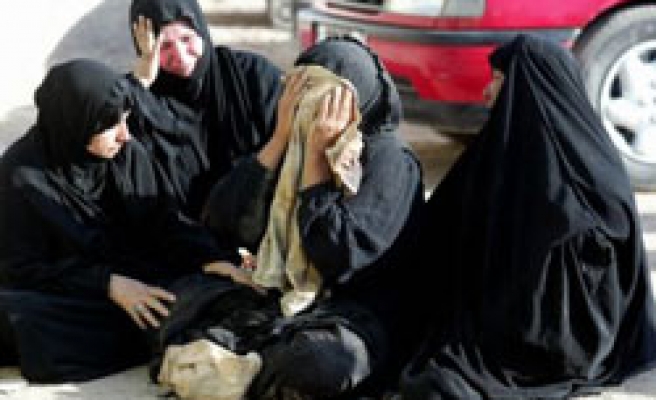 In a video sold in Baghdad's souks, a group of women draped in cartridge belts and clutching pistols and rifles explained why they had taken up arms against the U.S. military occupation in Iraq.

There have been 23 suicide bomb attacks carried out by women in Iraq so far this year, compared to eight attacks for the whole of 2007, the U.S. military says.

Analysts say many women are motivated by a motive for revenge for family members killed or captured. Others may be determined to show that they are as committed to the cause as any man.

In parts of Iraq, there is no shortage of desperate women with a grudge against U.S. and Iraqi forces.

Outside a police station in the city of Baquba, capital of Diyala, the province where most female suicide attacks have taken place in recent months, women waited for news of detained male relatives.

"The Americans took my husband. They destroyed our home. We've got nothing. We're living by the grace of God. We will not stay silent, and everything, including bombings, we can do in response," said one enraged woman who declined to be named.

As more male members of insurgent groups are killed or captured, more women may want retribution.

"Violence by U.S. or Iraqi forces will lead in many cases to grudges and a wish to take revenge, especially when husbands are killed. I think this is one of the main reasons for female bomb attacks," said Henaa Edwar, head of Iraqi women's group Amal.

The U.S. military says many of the female suicide bombers are victims of rape.

The insurgents are not the only side seeking to take advantage of women's determination to join men in the fight. Iraq's security forces have set up the "Daughters of Iraq" programme training women to search other women at checkpoints.

"We hope that more women will join us in this work," said Rana Abid, a female guard at a checkpoint in Diyala province.

We are helping our brothers to protect the "new Iraq."