French President Sarkozy angered many Irish people last week by saying Ireland would have to vote again on the Lisbon treaty. 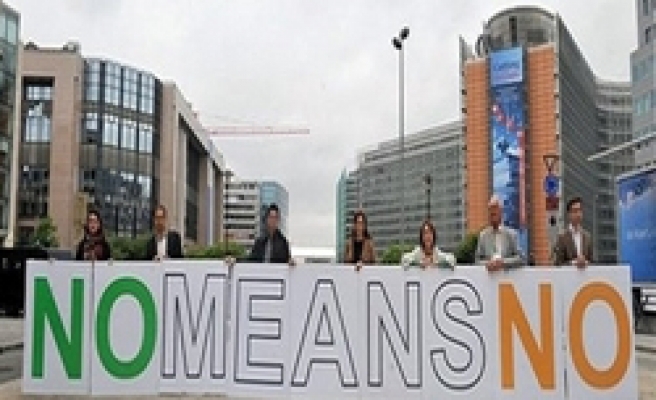 The overwhelming majority of Irish voters oppose a second vote on the European Union's reform treaty and the "no" camp would win by a bigger margin in a re-run than in June's referendum, a survey showed on Sunday.

The Lisbon treaty was rejected last month by 53.4 to 46.6 percent in the only popular vote on it among 27 member states, jeopardising the bloc's institutional reform plan and humiliating Ireland's political leaders.

In a survey by pollster Red C and commissioned by UK campaign group Open Europe, 71 percent opposed a second vote and 24 percent were in favour.

Of those who expressed an opinion, 62 percent said they would vote "no" in a second referendum, compared with 38 percent who would vote "yes" for the pact designed to replace a constitution rejected by French and Dutch voters in 2005.

"That would mean the "no" lead would increase from 6 points in the recent referendum to a commanding 24 point lead in a second vote," Open Europe said in a statement.

Open Europe, which opposes an "ever-closer union" in Europe and campaigned for a British referendum to be held on the EU treaty, counts amongst its supporters executives of companies such as Tesco, Citigroup, Schroders and UBS.

Irish Foreign Minister Micheal Martin said this week that it was too early to "talk about or contemplate" a second vote, and Ireland aimed to give the European Union clarity on the way forward for at a December summit.

French President Nicolas Sarkozy angered many Irish people last week by saying Ireland would have to vote again on the Lisbon treaty.

Hundreds of protesters greeted Sarkozy, the EU's current presidency holder, when he visited Dublin on Monday, many chanting "No means No".

Despite ranking as one of the bloc's most pro-European states, Ireland's voters almost wrecked EU plans for eastward expansion in 2001 by rejecting the Nice treaty, but the government held a second referendum which approved the pact.