The Irish treaty's opponents have seized on Sarkozy's comments as a sign of interference. 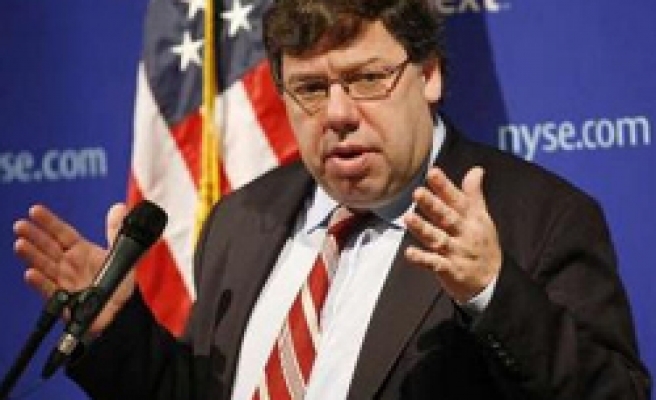 Prime Minister Brian Cowen called on Monday for patience and understanding from his European Union partners over Ireland's rejection of the EU's reform treaty.

He made his comments in a newspaper article published before French President Nicolas Sarkozy was due to arrive in Dublin after causing dismay among Irish leaders by saying last week Ireland would have to vote again on the treaty.

The Irish government has yet to decide what to do following the rejection in a referendum last month, and the treaty's opponents have seized on Sarkozy's comments as a sign of interference.

Sarkozy, whose country holds the EU's rotating six-month rotating presidency, said he was coming to "listen and understand" why Irish voters had rejected the bloc's plans for institutional reform.

Cowen said the presidency of the EU was a challenging task requiring a delicate balance between domestic interests and the need to move the European Union agenda forward.

"It is a role requiring patient and skilful forging of compromise and consensus," Cowen wrote in The Irish Times.

Cowen replaced Bertie Ahern as prime minister only two months ago but has held most of the main offices of state and was foreign minister when Ireland held the EU presidency in 2004.

He said he was deeply disappointed by the "No" vote on a replacement for the EU constitution rejected by French and Dutch voters in 2005 but that solutions could not be predetermined.

"I fully respect the verdict of the Irish people, and I have made that clear to my European colleagues," Cowen wrote. "And I have made clear that I expect them to do likewise.

The treaty, which is the result of eight years of diplomatic wrangling cannot come into force until it has been ratified by all member states but Cowen said it would take time to analyse the result of the referendum and determine the best way forward.

"We need patience and understanding from our partners over the coming months as we complete that process," Cowen said.

Labour Party leader Eamon Gilmore on Monday accepted an invitation to a one-on-one meeting with Sarkozy. Last week he described a proposed gathering of more than a dozen groups, due to last only an hour, as pointless and arrogant.

"There will be straight talking," said Gilmore, whose party is the third biggest in parliament and backed the treaty.

"There's been a series of interventions by representatives of the French government, some of them before the referendum indeed which I believe contributed in no small measure to the defeat," Gilmore told RTE.

Two days before the June 12 vote, Health Minister Mary Harney called on French Foreign Minister Bernard Kouchner to refrain from making unhelpful comments after he said Ireland would be the first victim of a "No" vote.

Cowen said he would use his meeting with Sarkozy to urge the EU to do more to connect and communicate with citizens to "recover, and retain, their confidence and support."