Is Bush victim of snatcher?

US President George W. Bush was welcomed warmly in Albania; however, he is returning from this visit with a significant loss. 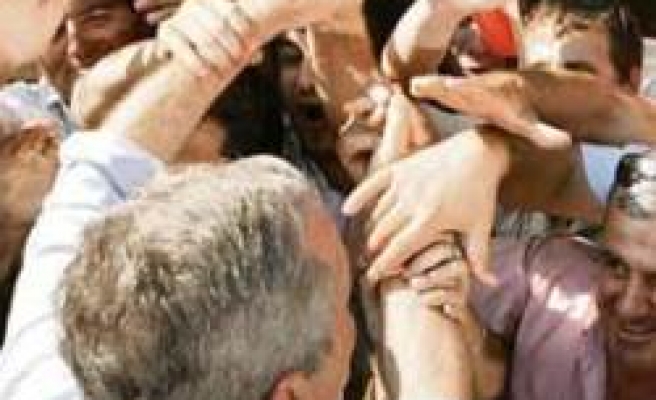 US President George W. Bush was welcomed warmly in Albania; however, he is returning from this visit with a significant loss.

His watch disappeared while he was hugging the crowd. Did he lose it or was it stolen?

Albanian police say the reports of President Bush's watch being stolen while greeting the crowd in Tirana are untrue.

However, video from the presidential visit shows that while he began to work the crowd with a timepiece on his left arm, within seconds it was gone.

"The story is untrue and the president did not lose his watch," a spokesman for the embassy in Tirana said.

Some newspapers, television stations and websites carried reports that Bush's watch vanished on Sunday when he was greeted by ecstatic crowds in Fushe Kruje, outside the capital Tirana.

"It is not true," said Albania's police director, Ahmet Prenci. Photographs showed Bush, surrounded by five bodyguards, putting his hands behind his back so one of the bodyguards could remove his watch.