While British Prime Minister Tony Blair was brining down the curtain on a ten-year tenure clouded by a "special" relations with the US, a new Blair might be taking office, albeit this time in the Elysee. 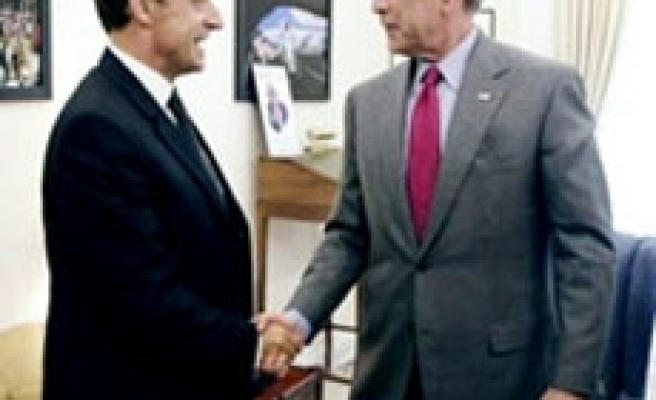 While British Prime Minister Tony Blair was brining down the curtain on a ten-year tenure clouded by a "special" relations with the US, a new Blair might be taking office, albeit this time in the Elysee.

"We are clearly witnessing the emergence of a new ally to the US in Europe," Alain Gresh, editor-in-chief of France's Le Monde Diplomatique, told IslamOnline.net, referring to president-elect Nicolas Sarkozy.

"He seems to be taking over from Blair."

Sarkozy grabbed the coveted Elysee seat after defeating Socialist rival Segolene Royal in the runoff on Sunday, May 6.

He immediately extended a welcoming hand to the American superpower.

"American friends can always count on our friendship," Sarkozy said in his victory speech.

US President George W. Bush was among the first world leaders to phone him for heart-felt congratulations while American dailies gave him front-page treatment.

Le Liberation printed a caricature depicting Bush as a dog asking Sarkozy, also given a dog figure, to come and take Blair's place.

He was the only French minister who did not oppose the US-led invasion of Iraq in 2003.

He was nicknamed "Sarkozy the American" by friends and enemies alike for his unabashed praise of US society, its dynamism and meritocracy.

But a much-publicized trip to the US last year during which Sarkozy met Bush left him battling an image of being an "American neo-conservative with a French passport."

"Sarkozy and his aides have developed a new discourse on the Middle East issues over the recent years that represents a rupture from France's traditional policy in the region," said Gresh.

"There are clear indications of Sarkozy's transatlantic tendencies and his support for America's neo-cons in their unwavering support to Israel," added the veteran French analyst.

Paris has been widely seen as the Western advocate for Arab rights.

But with the election of right-wing Sarkozy, questions are being raised.

"Would it be a shift in the French foreign policy," asked Nouvel Observateur magazine.

Sarkozy has publicly shown strong support for Israel, openly describing himself as a "friend of Israel".

"I feel so close from Israel," the son of a Hungarian immigrant and a mother of Greek Jewish origin told American Jewish leaders last year.

Sarkozy had defended the Israeli offensive on Lebanon last summer, which killed up to 1,200 civilians and ruined the Arab country's hard-won infrastructure.

His election has been cheered by Israeli officials, politicians and opposition leaders.

Israeli Prime Minister Ehud Olmert phoned Sarkozy to congratulate him on his victory.