Islam, Muslims and the Natural World

Muslims believe the world is God's gift to mankind and that there is proof of His existence in every natural object. The finest grain of sand, with its patterned arrangements of atoms, displays the minute detail of His reckoning 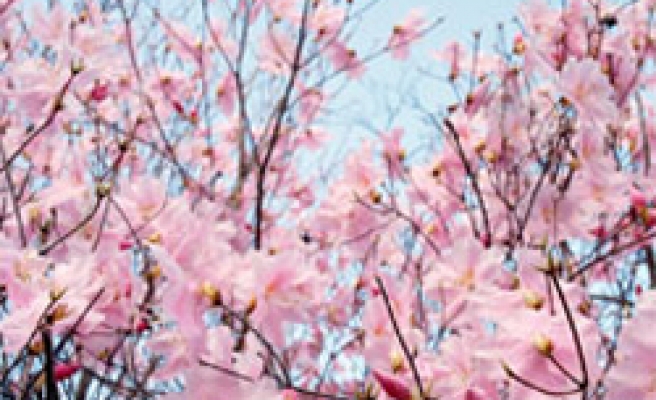 From the smallest of viruses to the largest of plants and animals, every living creature presents signs of God's creational capacity. The universe serves as a reminder that the extent of His creation is still unknown to man, and in this wondrous Universe, man's place is that of the ultimate creation.

Muslims believe that the Qur'anis the word of God (Allah) as revealed to the Prophet Muhammad (peace and blessings be upon him). It serves as the source of the Muslim worldview — together with the Hadith and Sunnah — and contains all the information needed to lead a good, true Muslim life, from the basic tenets of Islam to laws governing Muslim societies.

The Qur'an describes the special status of humans in creation, and is another piece of evidence of Allah's existence. The natural world, like the Qur'an, is considered irrefutable proof of Allah's existence, and Nature is usually referred to as "the second book" of Allah.

A Story of Creation

Islam's story of creation is narrated in the Qur'an, and the purpose of creation was for Allah to be known and worshipped. He created the Universe and everything in it with a single command; [Creator of the heavens and the earth from nothingness, He has only to say when He wills a thing: 'Be' and it is] (Al-Baqarah 2:117).

However, this is not a haphazard or whimsical creation. Rather, it demonstrates Allah's infinite power and capability — [It was not in sport that We created the heaven and the earth and all that lies between them] (Al-Anbiyaa' 21:16).

Laws were set for the functioning of Allah's universe, and in the Qur'an all creation submits to Allah's will; "Islam is thus not limited to humans, but is applied to the whole universe and to everything in it" (Othman, 1992).

Nature and the Origin of Humanity

The story of the origin of man in Islam is similar to those in the teachings of Judaism and Christianity; Allah created Adam from clay. Allah then breathed His spirit into man, thus favoring him over all of his other creations. Humanity was appointed Allah's khalifah (vicegerent) on earth because of this; "the status of man is definitely higher than the place of non-living objects, plants and animals because the number of attributes of God in man is much greater than in other creatures" (Hashmi, 1967).

The world being humanity's gift and legacy from Allah (humanity does not assume ownership, the ownership of the universe belongs to Allah, humans are merely "caretakers") has resulted in two prevailing attitudes about the natural world. The first is that because Allah placed His creation in the hands of humanity, it became a trust and according to the laws of Islam, was to be protected and maintained. The second is that since man holds a special place in the world, which is a gift to mankind, then all environmental concerns can be addressed with the sentiment "Allah, in His infinite Mercy and Generosity, will provide".

Ideally, the presence of the former attitude would provide a greater regard for the natural world. The second attitude stems from a blind faith in divine intervention and a general sense of arrogance and irresponsibility. However, the majority of ordinary Muslims, like the majority of the world's population, remain in a state of inactivity, unaware of the threats to the planet and its inhabitants.

Muslims believe that when Allah created the universe in submission to His will, He made everything with great care and measure and then left it to its own devices, governed by the laws he gave:

[He ushers in the dawn, and made the night for rest, the sun and moon a computation. Such is the measure appointed by Him, the omnipotent and all-wise] (Al-An`am 6:96).

Everything was created in balance, and left for mankind to look after. The earth was made rich in bounty and gifts that humanity was invited to discover and use to its benefit. Because of negligence and irresponsibility, however, the delicate balance of nature has been disturbed with negative consequences.

Every Living Thing From Water

According to some Muslim scholars, the natural world can be divided into three main components: the first being water, the source of all life; second, the atmosphere; and finally, the plant and animal kingdoms (Ba Kader et al., 1983; see also Khalid and O'Brien, 1992). The teachings of the Qur'an and the Prophet Muhammad contain guidelines on how to interact with these components of the natural world.