The Council of Muftis earlier repeatedly condemned terrorism and extremism, emphasizing the unacceptability of the attempts to justify their acts by the principles of the Qur'an. 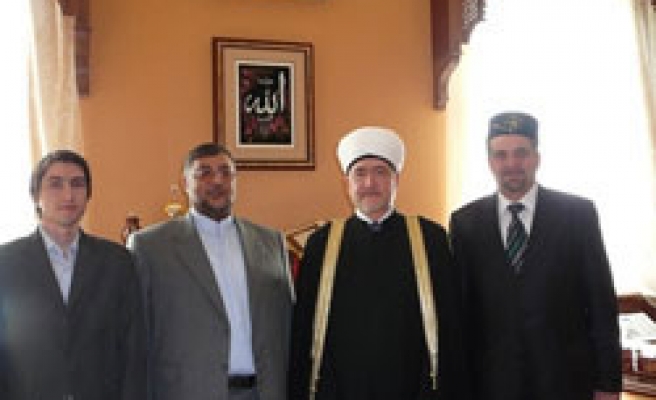 Islam is essentially a peaceful religion and today's international terrorism should not be treated as a merely Islamic phenomenon, said the participants of an international conference entitled "Islam will beat terrorism," which opened in Moscow on Thursday.

The conference, organized by the Fund for the Support of Islamic Culture, Science and Education, was opened with the Russian President Dmitry Medvedev's address read out to the conference participants.

Chairman of the Fund's board of trustees and President of the Russian Chamber of Commerce and Industry Yevgeny Primakov said that fighting international terrorism is one of today's challenges and very
often "some extremist groups dress themselves in Islamic clothing, which
contradicts the spirit of Islam."

Some Western politicians "in a bid to find a new enemy, are trying to force on the world a new division based on cultural and religious differences," he said. Without Muslims themselves, international terrorism cannot not be beaten today, Primakov said.

Arab League Ambassador to Russia Giuma Ibrahim al Ferjani said in his speech that after the September 11 attacks in New York the international community reached a certain consensus in seeing terrorism as "the enemy of all nations and the enemy of progress."

However, this consensus was soon broken after "one country decided that it was entitled to decide other nations' fates and ignore their opinions," the ambassador said.

The consolidated positions of a number of extremist forces in the world "matched with the interests of U.S. politicians," he said. The latter started using the rising extremism as a pretext for starting local wars in a number of world's regions.

The Arab League official urged the conference participants to adopt an address to the United Nations, condemning terrorism and criminalizing any encroachment on the religion.

Jordan's Minister of Islamic Affairs Abdul Fattah Salah has also warned of the danger of "linking terrorism with a group of persons of a certain religion or culture."

Today, the fight against the terrorist threat is "the task and responsibility of not only Muslims, it is a joint international task," he said.

Ignoring this threat will lead to "everyone becoming a victim of terrorism, regardless of their nationality," the minister said.

Kuwait's Minister of Islamic Affairs Adel Al-Falah has said that his country wants to assume a moderate approach on Islam, which rules out any extremist manifestations.

"We in Kuwait believe that being moderate is the best way of fighting extremism. We should stick to this approach because it urges Muslims to do the good things to everyone, regardless of skin color," the Kuwait's minister said.

Chechnya's Mufti Sultan Mirzayev "Chechen had intended for a longtime when about Islamic terrorism in Russia, violence, instigation was told." He claimed that they banished Wahhabis who was calling Chechen for jihad against Russia aiming at Russian disintegrating, appropriate their geopolitical targets.

It is known that under Putin's ruling, all resistance fighters was called Wahhabi. In this way Russia was ensuring legitimaty in internatinal area and curbing Chechen to was supported internationally.

The Secretary General at the Office of the Grand Mufti of the Sultanate, Ahmed bin Saud Al-Siyabi, has said that his country's authorities highly appreciate Russia's role in the dialogue between various cultures and religions and has agreed with other conference participants that, "terrorism does not belong to any religion."

Chairman of the Russian Council of Muftis Ravil Gainutdin also said that Islam "will not tolerate extremism" and added that today's Muslims from across the globe are trying to promote a moderate Islam.

The Council of Muftis earlier repeatedly condemned terrorism and
extremism, emphasizing the unacceptability of the attempts to justify
their acts by the principles of the Qur'an.

This is striking that muslim leaders, who joined conference from Russia, was between leaders controlled by Kremlin.