Islamic Arts Museum to be opened in March '08

The Islamic Art Museum Doha will be opened in the first quarter of next year, it was announced yesterday. 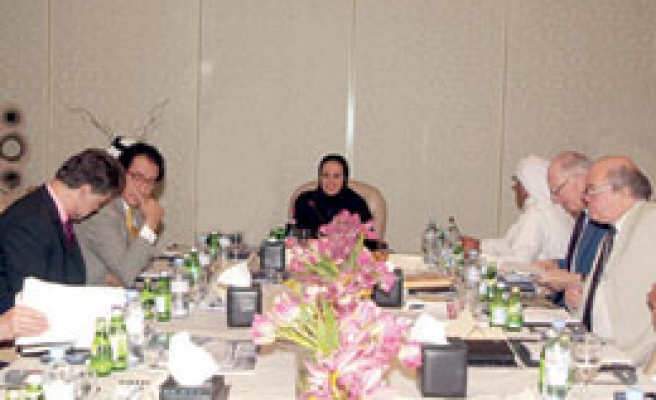 The Islamic Art Museum Doha will be opened in the first quarter of next year, it was announced yesterday.

The announcement came after the third meeting of Qatar Museum Authority’s (QMA) Board of Trustees, presided over by HE Sheikha Mayassa bint Hamad al-Thani. The museum will be officially inaugurated in March 2008.

HE Sheikh Hasan bin Mohamed bin Ali al-Thani, the deputy chairman of the QMA board, announced the establishment of the Oriental Museum which will house paintings, a library and research centres, including researchers from Iran, India and the Middle East.
He also announced the establishment of the Natural History Museum, which will showcase the different aspects of the environmental aspects of the Gulf region.
Museums for photographs and weapons will also be established, Sheikh Hasan said.
“All the museums will be completed by the end of 2009, before Doha is declared the cultural capital of the Arab world in 2010,” he added.

Egyptian Culture Minister Farouq Husni, who is a QMA board member, said the authority had an ambitious plan to revive the cultural values of the region.
The meeting also approved the appointment of Hamoud Muhana al-Manai as the general manager of the QMA.