The Islamic Development Bank hopes an Islamic summit in Senegal next week can swell its anti-poverty fund for Africa, channelling wealth from Muslim oil producers to the world's poorest continent, its president said. 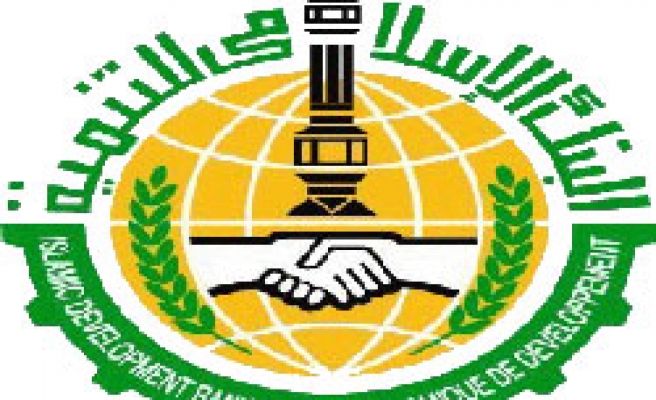 The 56-member IDB, which groups together some of the richest and the poorest nations on the planet, created an Islamic Solidarity Fund for Development last year as a specialised window to try to push back poverty levels in the group. It is mostly aimed at Africa but can also help other regions.

IDB President Ahmed Mohammed Ali told Reuters that out of a target of $10 billion for the fund, $2.6 billion had already been pledged by member states, the bank itself and other financing sources.

He expected further pledges for the fund at the the March 13-14 summit of the 57-nation Organisation of the Islamic Conference (OIC) to be held in the Senegalese capital Dakar. Some 40 heads of state were due to attend.

"Hopefully, we expect other member countries will announce their support and participation," Ali said in a telephone interview late on Monday from IDB headquarters in Saudi Arabia.

He was confident the $10 billion target for the anti-poverty fund could be achieved by the end of the decade.

"Africa is at the top of our priorities ... so we hope the IDB with this new poverty alleviation fund will be more active in Africa," the bank president said.

Ali said the IDB had a policy of cooperating with a wide range of lenders, be they member governments, private sector investors, related finance institutions like the OPEC Fund or the Kuwaiti Fund for Development, or other multilateral lenders like the World Bank or the African Development Bank.

"Really, it is a collective effort," he said, adding the Islamic bank was already involved in financing hydroelectric, irrigation, highway and water projects in Africa.

Ali said the IDB board had approved a five-year human resource development programme which aimed to funnel a total of $15 billion into projects that especially targeted health and education in Africa. The bank would provide $2 billion from its anti-povery fund and seek to mobilise the rest from lenders.

Specific programmes for micro-financing, vocational training and anti-malaria prevention were already being launched, as part of the IDB's support for the U.N.-backed Millennium Development Goals that seek to cut world poverty levels by half by 2015.

The IDB's campaign to channel more development funds to Africa comes at a time when investors from Gulf Arab states, such as Kuwait, the United Arab Emirates and Qatar, are snapping up multi-billion dollar contracts on the continent. In West Africa, they have often beaten European companies to deals.

"There are a number of private investors from the Gulf Cooperation Council countries that are showing greater interest in Africa and are investing very heavily in many infrastructure projects such as ports, power and so forth," Ali said.

"The IDB is happy to support such investment," he said.

He rejected suggestions that the world's Islamic community was seeking to compete for political and economic influence in Africa against powerful new players like China and India or against the United States and Europe.

"I don't think there is competition ... there is need," Ali said. "The needs of Africa are so great that all these efforts are required really to make a difference," he added.

The IDB, founded in 1975 by the OIC, practises its banking under Islamic guidelines, which prohibits the charging of intrerest on its financial loans but aims to cover its expenses through the projects it finances.

As the world's conventional banking systems feels the squeeze of a credit crunch from the subprime crisis, Islamic finance is reported to be booming.

"Islamic financing is growing everywhere, some estimate its annual growth at about 15 percent ... so when we have more people doing the same kind of financing, this will facilitate our cooperation and co-financing with others," Ali said.