Islamic insurgents seized an eighth town in Somalia in recent months on Thursday, a resident and a spokesman for insurgents said. 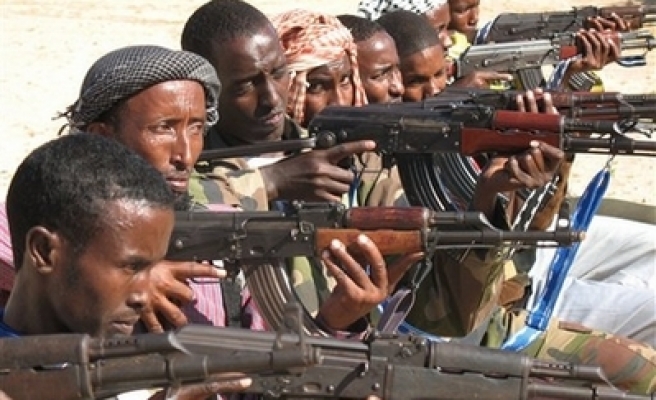 "Our fighters have taken Adado, a town in the central Somali region of Galgudud and they have seized 11 trucks mounted with weapons and burned several others," said Sheik Muqtar Robow, spokesman for al-Shabab.

Al-Shabab, or "the youth," is the military wing of the Council of Islamic Courts movement.

Gedi, a resident of Adado said by VHF radio because telecommunications in the area had been cut since early Thursday.

"The fighting started at 6:00 a.m. local time (0300 GMT) near checkpoints outside the town and then it spread into the town," he said. His account was independently confirmed by radio with two other residents.

"The government soldiers left as soon as they heard Islamists are on their way," said Mohamed Elmi Nor, a resident of Jalalaqsi town, 165 kilometers (100 miles) north of the capital.