President of the Arab Interim Parliament Jassem Al-Saqr has called on Islamic parliaments that have innocent detainees in the Guantanamo Bay prison to take immediate and urgent action to return them safely to their homes. 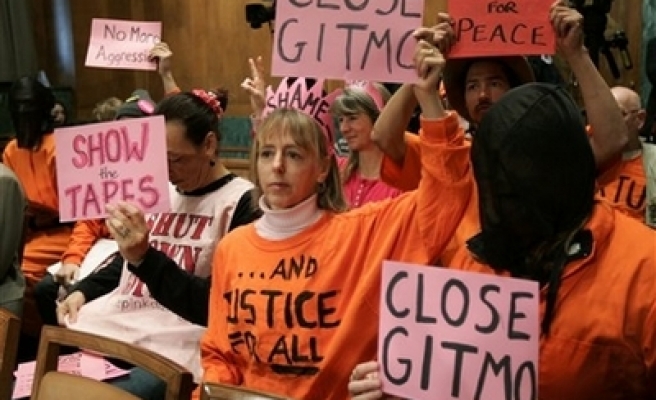 President of the Arab Interim Parliament Jassem Al-Saqr has called on Arab and Islamic parliaments that have innocent detainees in the Guantanamo Bay prison to take immediate and urgent action to work on their release and return safely to their homes and to their families, KUNA said.

Al-Saqr's call came in a press statement distributed in Cairo today in which he welcomed the decision of the release of cameraman Sami al-Hajj, praising the tireless efforts of the Sudanese government and Arab mass media, particularly Al-Jazeera satellite news channel for his release.

He called on the International Council for Human Rights to take urgent action to investigate those in charge of Sami's arrest and submit him to the International Criminal Court and compensate him for the physical and psychological damage inflicted on him as a result of his arrest for more than seven years in the Guantanamo Bay prison.

On the other hand, Al-Saqr denounced the brutal terrorist bombing that took place after prayers last Friday at a mosque in Sa'dah province north of Yemen and led to a number of deaths and injuries of innocent people.

He described the bombing as "a coward act" which is incompatible with "our values and Arab and Islamic traditions." Last Mod: 05 Mayıs 2008, 09:12
Add Comment